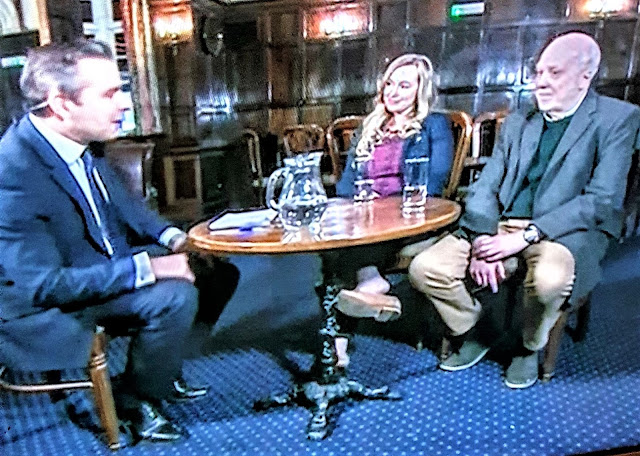 Along with Mold business woman Hanna Munro, he was asked to take part in a short interview with presenter Nick Savini in which they were asked for their views on how the election campaign was developing in the local Clwyd South constituency and what had become the key issues.

While Ms Munro, who runs the IT firm ITAC, commented on Labour's proposal to supply free fibre broadband across the UK, Phil Robinson spoke of how he thought both major parties appeared to be entering into a "bidding war" with their plans to spend large amounts of cash on the NHS.

The interview was used towards the end of the BBC Wales evening news bulletin.
Posted by llanblogger at 6:52 AM