A worthy contender in the prestige SUV arena 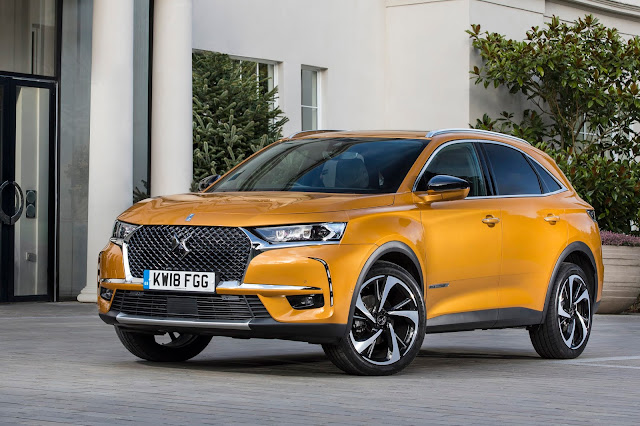 * The DS7 Crossback above and below. 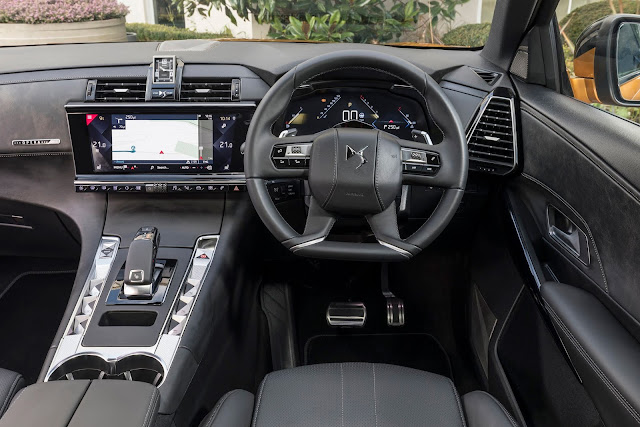 Goddess. What a wonderful name for a car, particularly one that lit up the motoring world.

That was the incomparable Citroen DS of 1955, the car that changed the face of motoring with its ground breaking design and technology.

In French DS, or rather Déesse, means goddess, a nugget of information imparted by my wife who speaks the lingo.

Fitting then that Peugeot Citroen should choose DS to front its luxury marque and DS7 Crossback is its first completely new model, as opposed to DS3,4 and 5 which were rebadged Citroens before the brand was launched last year.

That is why there are not too many DS7s around ... yet. It takes a while to establish a new luxury brand, look how long it has taken Lexus to get a decent foothold, and DS7 is up against Audi, BMW, Mercedes, all of whom have established, prestige SUVs.

Yes, DS7 is an SUV when you might have thought a luxury saloon would be the way to go given the DS heritage. But this was a smart move by the brains at Peugeot Citroen who figured, correctly as it turned out, that SUVs were the future.

So how is DS7 Crossback fairing in this difficult old world? At just under 4.6m it sits between an Audi Q3 and Q5 and is a smidgen longer than Volkswagen's Tiguan.

The target market is the luxury end so a lot of time and money has gone into creating something special. Special enough to turn people's heads away from the mighty German trio.

And DS has the perfect setting to model its 'special' car. Paris. So the stylists homed in on the glass pyramid at the Louvre and the Rue de Rivoli, the most fashionable street in Paris for inspiration.

Let's move on from the car's body shape, which is a bit flat, and concentrate on the chic styling. The LED light clusters are just exquisite. Up front are three individual ice cube style modules while the diamond design strip at the rear is even more spectacular. That is the first introduction to the diamond theme (remember the Louvre's glass pyramid) which runs riot in the cabin.

There are four interior styles, or inspirations as they are called, and my test car was Rivoli. This is French chic in full flow with a variety of classy materials and attention to detail. Here diamonds are DS7's best friend, diamond shaped dials, screen graphics and grey diamond quilted leather upholstery.

Elsewhere crystal effect switches lodged between the front seats conclude the eye candy show. It sounds over the top but as a visual spectacle it works and more stunning than anything the German SUVs can offer.

A 12 inch touchscreen dominates the dashboard from where you can access just about every function. A row of touch sensitive switches give quick access but it is all a bit challenging for the driver. Voice control is available but didn't always respond to commands.

Ahead of the driver is a 12.3in digital instrument cluster, interchangeable of course, with a full width navigation map among the features.

This is a comfortable five seater and will easily accommodate three adults in the back where head and legroom is ample. It is also well off for storage space with good sized door bins and a huge box between the front seats.

As with most French cars ride comfort is key so don't expect DS7 to have the pure driving dynamics of a similar Audi or BMW. Yet there is a decent compromise here with three drive modes, and on the more expensive models a sensor in the windscreen which can spot poor road surfaces and adapt the suspension to give the smoothest ride.

My test car came with the turbocharged 1.6 litre petrol, a feisty number mated to an eight speed automatic box, but not the best option for big economy. Best I could manage was 33mpg overall so look to the diesel or even the hybrid for better results.

DS has made a pretty good fist of its first bespoke model although one thing that needs sorting is the poor definition of the rear camera, a problem that goes across the board with all Peugeot and Citroen models.

Make no mistake DS7 is a worthy contender in the prestige SUV arena and the interior styling is ahead of any of its German rivals. It is also very good value for money with a long spec list.

The elephant in the room for me is its cousin, the Peugeot 3008 which shares many components. It is better looking, has an equally impressive cabin although it falls below the level of quality, and is cheaper. So it is still my favourite SUV.

Posted by llanblogger at 7:09 AM