The Collen Players presented the second in a series of regular music hall shows at the Community Hall yesterday (Friday) evening.

The Christmas special entitled Deck the Halls was enjoyed by a full-house audience.

The cast, including many of those who appeared in the last show in October plus some new additions, offered a selection of traditional songs from the golden era of music hall which had the audience  singing along enthusiastically.

The show was chaired and arranged by the Vicar of Llangollen, Father Lee Taylor, while Owen Roberts once again provided musical accompaniment.

The next music hall show is scheduled for Friday February 21. 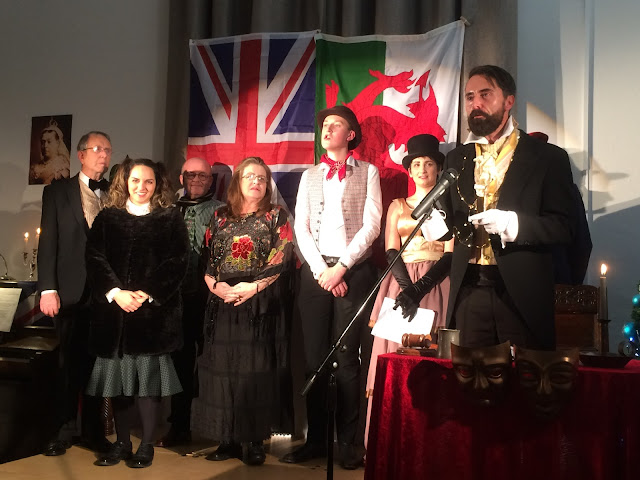 * The cast at the end of the show. 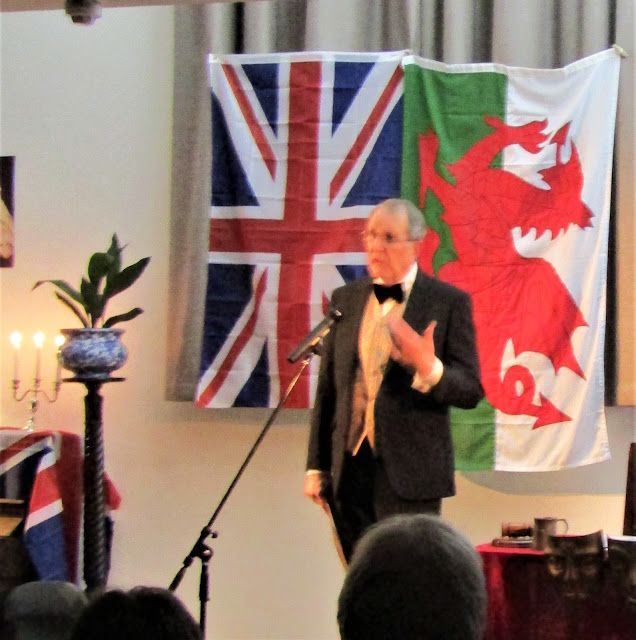 * Gethin Davies warms up the audience with a sing-along. 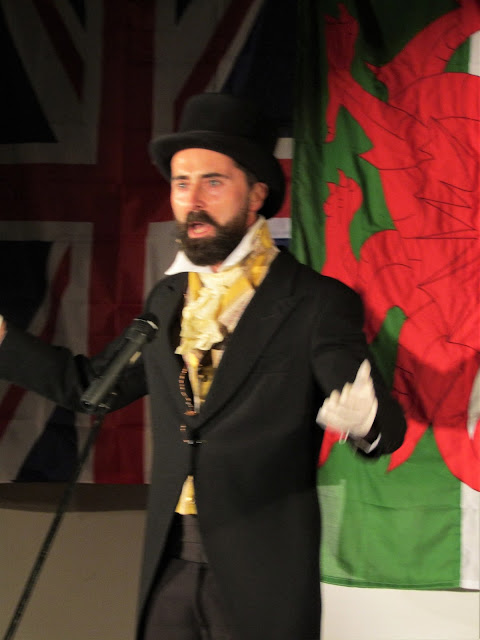 * Father Lee wields the gavel over the proceedings. 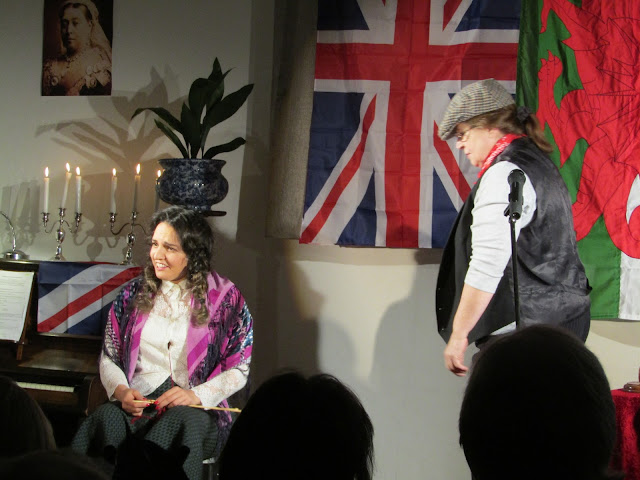 * Bethan Mascarenhas (left) and Sue Stokes present a Hole of My Bucket. 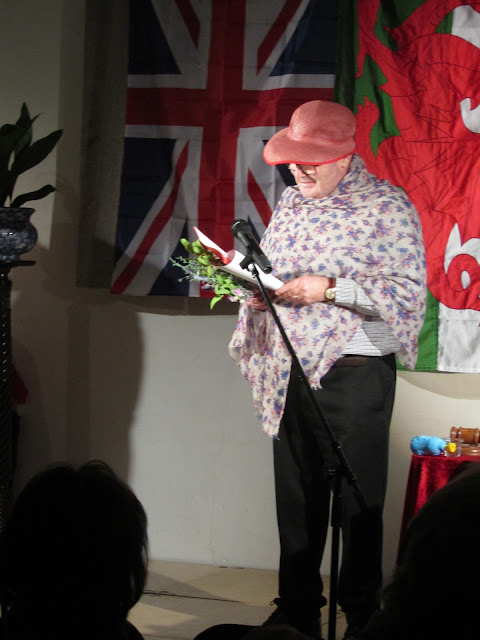 * Comedy with a French theme from Mike Connolly. 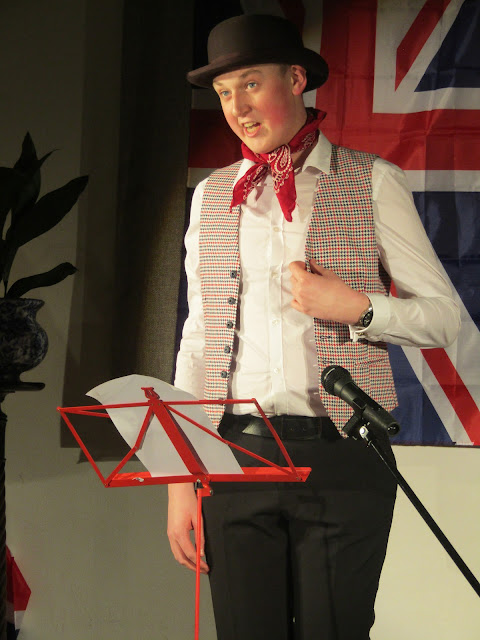 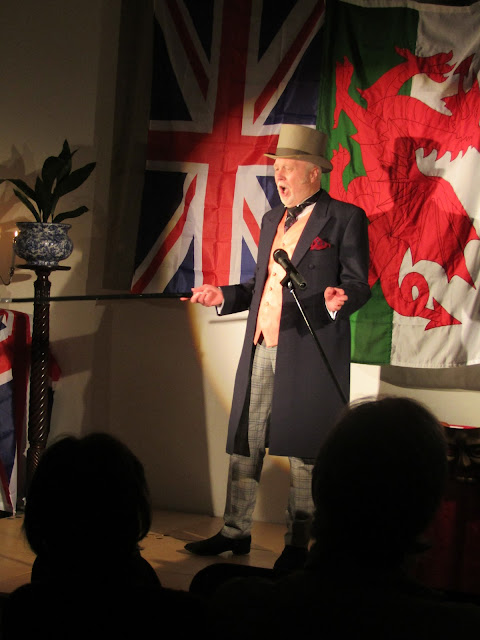 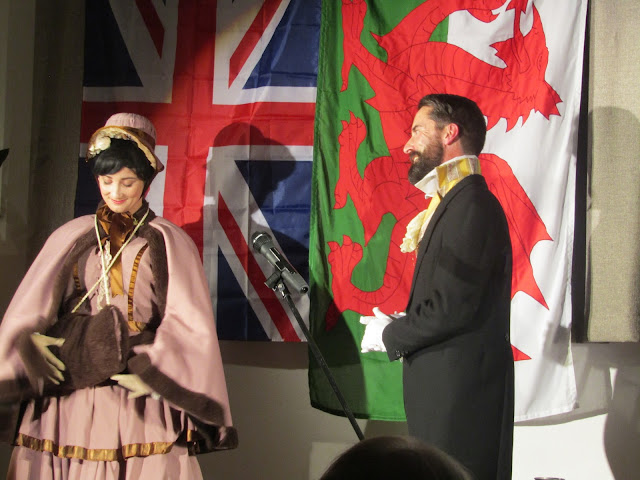 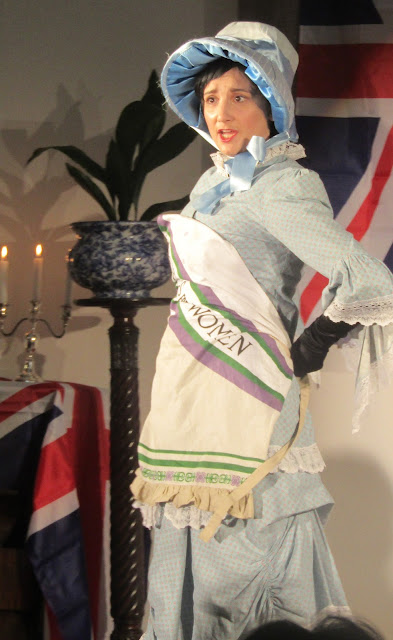 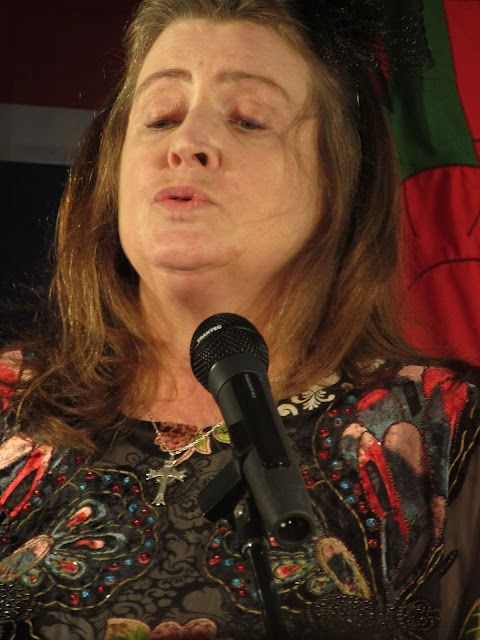 * A plaintive mood is set by Sue Stokes. 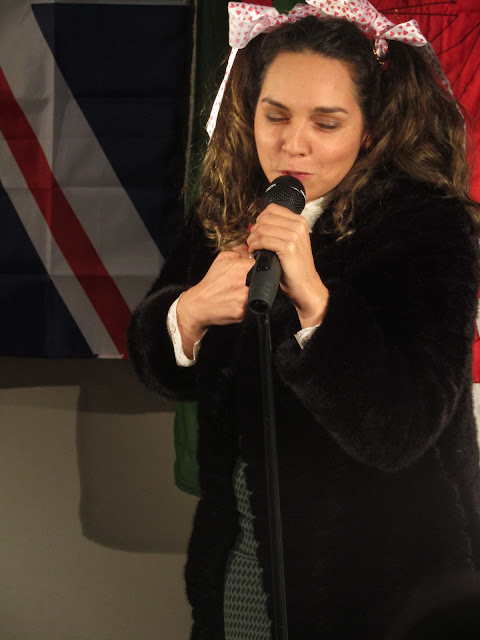 * All I Want for Christmas Is My Two Front Teeth,
sings Bethan Mascarenhas. 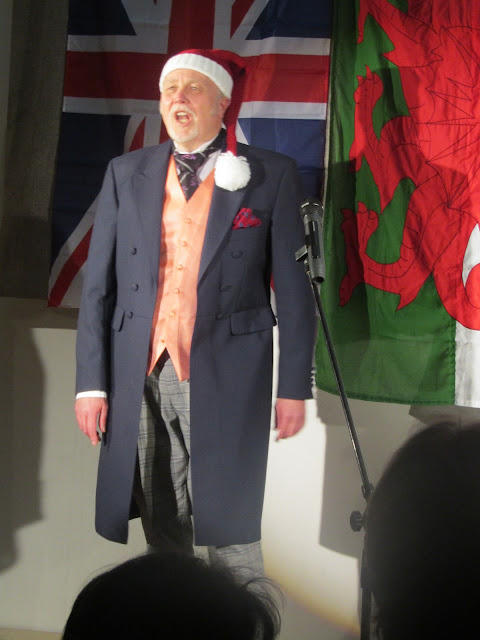 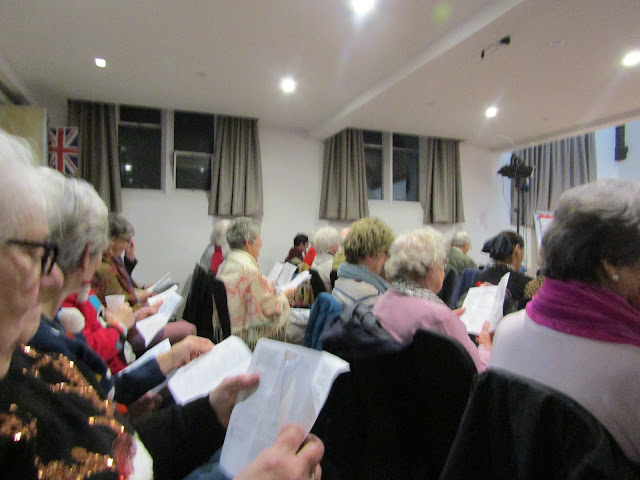 * The large and appreciative audience sing along.
Posted by llanblogger at 9:56 AM