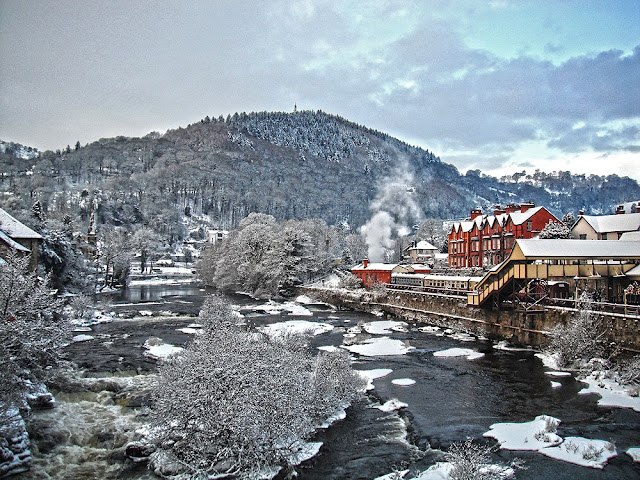 Welsh rural development agency Cadwyn Clwyd is seeking a design team for a public realm and heritage project in Llangollen, according to an article in Architects' Journal.

The team will receive £12,870 to complete a feasibility study and concept design for a new public realm intended to bring attention to four major pieces of historic infrastructure which pass through the town: the Llangollen Canal, the Ruabon to Barmouth railway, the River Dee and Llangollen Bridge, and Thomas Telford’s London to Holyhead Road.
The Four Great Highways project aims to boost access to the landmarks, which lack high-quality pedestrian connections, and provide new interpretation facilities. The study will focus on placemaking, visitor flow, material treatments and possible locations for heritage interpretation.
In its brief, the agency says the project ‘aims to improve knowledge of, access to and engagement with [Llangollen’s] four great highways and industrial landmarks, all within 300m of Llangollen Bridge, a Grade I-listed monument and one of the Seven Wonders of Wales.’
The Architects' Journal story says: "Llangollen is a small town of around 3,600 on the banks of the River Dee. Its Grade I-listed bridge, constructed in the 16th century and later upgraded, overlooks the Ruabon to Barmouth railway which now only operates heritage steam services.
"The town is a major tourism destination and is around 5km west of the Pontcysyllte Aqueduct which was designed by Scottish civil engineer Thomas Telford and is a UNESCO World Heritage site.
"The Llangollen Canal, which connects the town to the aqueduct, is 100m north of Llangollen Bridge, and also nearby is the historic London to Holyhead A5 Road which Telford described as his ‘greatest achievement’."
Cadwyn Clwyd is a rural development agency focusing on promoting economic activity in Denbighshire, Flintshire and Wrexham in north Wales.
Applicants must hold £10 million of employers’ liability coverage, £2 million of public liability coverage and £250,000 of professional indemnity coverage.
Bids will be evaluated 40 per cent on methodology, 40 per cent on previous experience and 20 per cent on price. The deadline for applications is 2pm on 12 December.