Jaguar XE is a fab choice in the executive sector 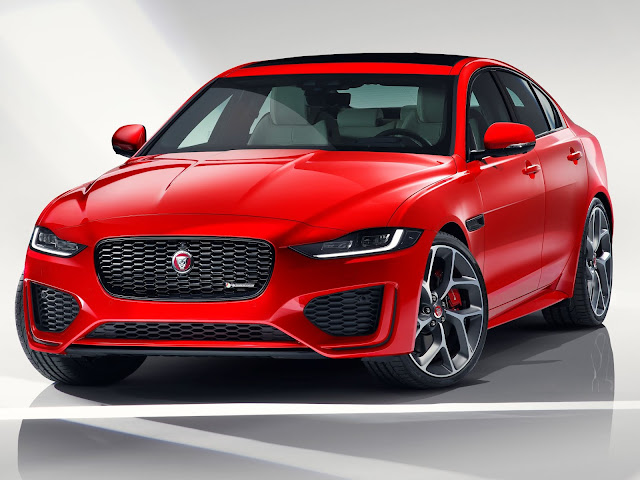 * The new Jaguar XE (above and below). 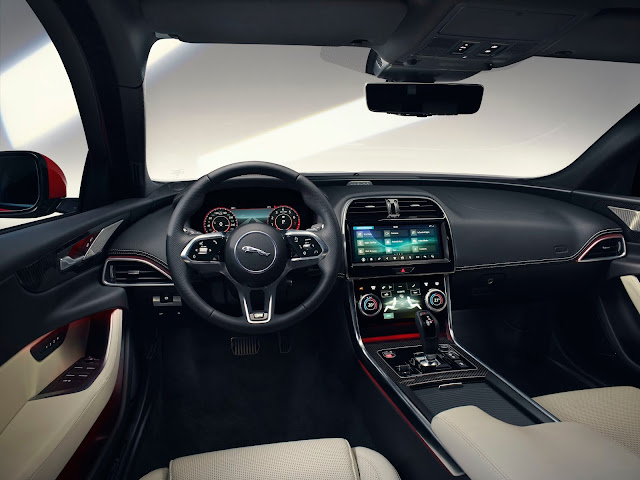 It normally takes about 800 words to tell you about the car I have been testing.

How about I wrap this up in one? Fabulous.

Okay, you want a little more meat on the bone. I get that so here's your 800 words.

The motor in question is the Jaguar XE, the smallest of the three saloons in the range under the XJ, the one that chauffers Boris Johnson, and the XF, the car that made the world sit up and take notice of Jaguar again. Since its launch in 2015 the XE has lived in the shadow of the glorious XF but the latest model has changed all that.

It had to improve because XE is up against the usual German suspects all of which have very fine offerings in BMW 3 Series, Audi A4, both of which are updated models, and Mercedes-Benz C Class. See the size of the challenge? And it has got tougher with Alfa Romeo's Guilia and the new Volvo S60, staking a strong claim for the top table.

Not that things got off to a great start in the XE. The first thing I did was bash my head on the roof getting into the driver's seat. This car sits low and I am not so flexible as the years pile on.

At first glance nothing much has changed but closer inspection reveals a more interesting bumper and a new front and rear lights which are LED and put on a real show at night. Automatic dipping has reached new heights.

The major changes are inside and the first thing you notice is a stubby gear lever which has replaced the eye catching rotary dial which raised from its bed when the ignition was switched on. That was so cool but on balance I prefer the lever which looks more sporty and turns the automatic eight speed gearbox into a manual change should you wish, although I prefer playing with the steering wheel paddle shifters. Puts me in Louis Hamilton mode...

Like its competitors Jaguar has gone full on digital for the centre console with a main 10 inch screen for radio, navigation, phone and such like, and a smaller screen below for heating. I don't always like digital heating controls, they can take your eyes off the road for too long, but this set up is clear and selections can be made quickly. Driver and passenger have a big dial each to select temperature, fan speed or heated seat level. This three in one function looks over complicated but you quickly get the hang of it.

Even my wife, a big critic of digital displays, thought this system acceptable so I am sure Jaguar will be relieved to have her seal of approval.

Response time on the big screen for navigation etc is sharp and although there is no 360 degree function the rear camera definition is good. And talking of cameras there is a special treat with a camera filling the rear view mirror. Turn it off if you don't like it. Pity it is part of a £1,470 technology package.

I liked it nearly as much as the heated windscreen, another aid which more car companies should adopt.

Then there is the new steering wheel. Quite a lot going on here, one function in particular standing out. The speed limiter, normally a shared switch with cruise control, is a dedicated button right under the thumb and is up and running in two seconds. And there is a head up display for the driver so no excuse for breaking speed limits.

So all fine and dandy in the cabin? Not quite although this particular flaw doesn't seem to bother Jaguar. The meagre rear legroom has been a complaint since the start and it is no better now. Even I found it tight with my short legs and head room is sparse as well.

Boot space is best described as okay, how often do you load a boot anyway, but it failed the golf clubs and trolley test although you would never get those into a BMW 3 Series either.

What's left? The most important bit, how it drives! It is a Jaguar so expectations are high and it does not disappoint. I could drive the XE until I fell asleep which I wouldn't because it is so much fun. This is agility and balance of the highest order and the weight of steering is spot on. Performance is brisk as you would expect from a 250bhp 2-litre petrol.

So where does XE figure in this illustrious group? On looks alone the Jaguar is my top pick, just ahead of the Alfa and Volvo with the Germans bringing up the rear. Without driving all six around a track it is impossible to give a definitive answer...but I told my wife I want one if she wins the lottery.

Next up is the new Audi A4 so let's see what that brings to the table.