A4 helps keep Audi ahead of game 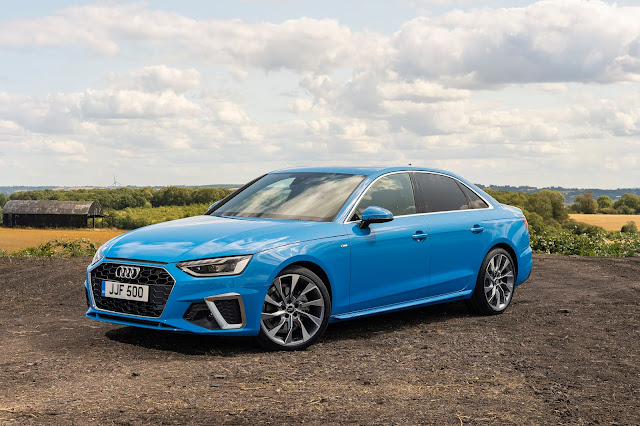 * The stylish lines of the Audi A4. 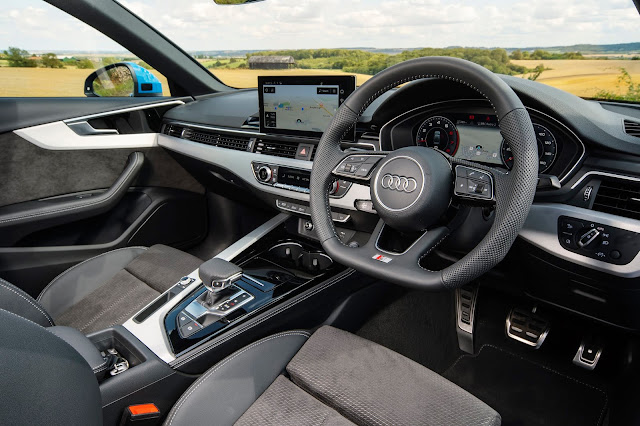 * ... and the sophisticated cabin.

Two weeks, two fine cars. Very fine cars. In the end it came down to Mr Practical against Miss Beautiful.

Last week I was lauding the gorgeous Jaguar XE, a relative newcomer to the premium saloon set, and here we have the Audi A4, the elder statesman which has been ruling the roost with BMW and Mercedes-Benz.

Not that Audi has sat back and watched the A4s roll out of the showrooms. That is not the Audi way, it has to be ahead of the game and that has been the case with A4s I have been driving over the last 25 years.

So what of the new A4? Visually it doesn't look that different, a new grille to bring it into line with the rest of the family and a new rear light design were all I could spot. Inside has always been a joy because the quality is so good.

I've always said no-one trims a car like Audi and I am sticking with that. You get top notch materials from floor to ceiling, no corners are cut even in the basement where some manufacturers are guilty of throwing in the cheaper stuff.

Yet I didn't get the same visual impact from behind the wheel as the XE. My wife said it was unremarkable compared to the Jag and I could see where she was coming from. The layout is crisp and clear and easy to use but does not flow as well.

The big change is a new stand alone 10 inch touchscreen that sits atop the dashboard. It's called a multi media centre which is radio, navigation, telephone etc and has both sharp graphics and mega quick response.

All well and good.... except Audi has ditched the rotary controller from the centre console which made selections so much easier for the driver rather than reaching for the touchscreen. Voice control will help but it takes time getting the hang of it. I managed to change the radio station after four goes asking for Radio 2 (must be my Welsh accent) but failed with a telephone and navigation request.

There is also a 12.3in digital display filling the binnacle ahead of the driver so you don't need to take eyes off the road for navigation instruction, but I would have liked a head up display which is on the extras list.

One area where the A4 beats the XE is cabin space. Early A4s were tight for rear legroom but improved when the engine layout was turned, and while not exceptional there is room for six footers so no complaints anymore.

The boot is a bit bigger and the wider opening makes loading easier and the seat back splits 60/40 for more carrying space making A4 a practical family car.

Refinement is the buzz word when driving. This a finely honed machine with wind and road noise virtually eliminated, even the diesel engine is well muffled. Ride comfort has improved down the years and is better than ever for cushioning occupants against pits and potholes but be careful on model choice.

Sportline does what it says on the tin and gives a sporty ride but it compromises ride comfort. Bumps and thuds come through on poor surfaces, particularly with 19in rims.

Audi has been famous for four wheel drive since the incredible quattro burst on to the rally scene in the eighties and the debate over which is the best, rear wheel drive or quattro, has been raging ever since.

The A4 does not glide through bends with the poise of the rear wheel drive Jaguar XE but it has its own attributes. You feel as safe as houses in the Audi. The overall grip is a step up and phenomenal on wet surfaces, much better than the Jag which can be tail end happy.

There is no drama dabbing the accelerator mid bend and of course with all wheel drive it is quick off the mark leaving the wheel spinners in its wake.

The 186bhp turbo diesel carries the car effortlessly through a fast changing seven speed auto box and is strong in the charge. Even with quattro drive the car is capable of 50mpg, in fact it never fell below 44mpg all week.

The bottom line is any of the big six premium saloons, and it is no longer Audi, BMW, and Mercedes, Volvo, Jaguar and Alfa Romeo are all up there, and all will give a wonderful experience. Everyone has a favourite and at the moment mine is the Jaguar XE.