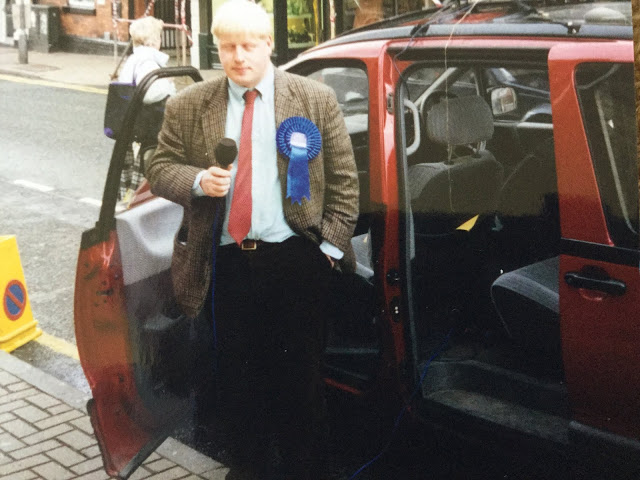 * Stuart Davies supplied this picture of Boris Johnson canvassing in Castle Street during the 1997 general election.

Prime Minister Boris Johnson says the Conservatives can win the local Clwyd South seat, which he unsuccessfully fought himself in 1997 - as a winnable seat in the general election.

He revealed this aim as he unveiled his party's Welsh manifesto on a whirlwind visit to Bangor on Dee racecourse earlier this afternoon.

* For the full story, see Leaderlive at: