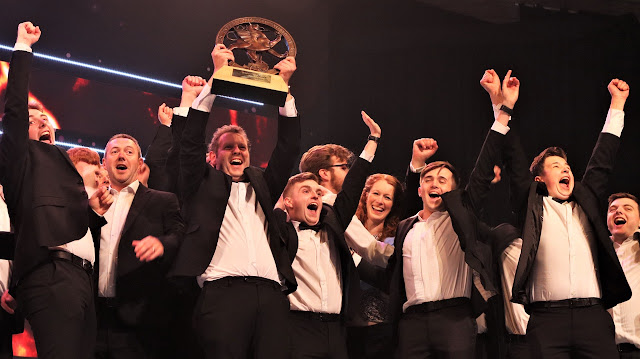 * John’s Boys Male Chorus are crowned Choir of the World. 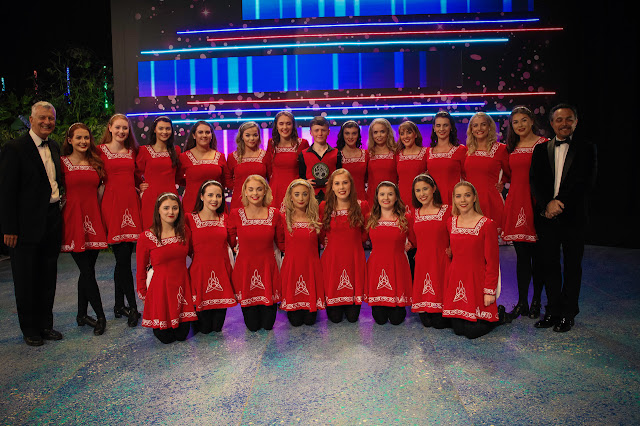 Following a week of intense competitions, the eisteddfod crowned John’s Boys Male Chorus Choir of the World and Loughgiel Folk Dancers Dance Champions of the World.
The whole pavilion erupted to rejoice with the Wrexham-based singers as they leapt to the stage to collect the Pavarotti Trophy - only the third time a Welsh choir has won the coveted title.

Aled Phillips from the choir, said: “After months of practice, we’re absolutely delighted to accept this prestigious award.  It was a truly unforgettable experience to be able to perform in such an iconic venue alongside world-class talent.
“We have absolutely loved our time in Llangollen, both performing on an International stage and having the chance to meet such inspirational individuals from across the globe. The atmosphere of the International Eisteddfod is indescribable. To be surrounded by peace, friendship and goodwill is an experience we will never forget.
“We are filled with pride and joy to be returning home with not one but two trophies!’
Following the presentations the concert concluded, as is traditional, with the Pavilion audience joining hands to sing Auld Lang Syne, bringing the 2019 eisteddfod to a close.
Speaking after the competition, his first as Music Director of the International Eisteddfod, Edward-Rhys Harry, said: “What a breathtaking competition and inspirational evening from our choral competitors.
“After witnessing such world class performances that left our audience completely stunned, it was clear that the adjudicators really did have a tough decision on their hands in selecting the winners.
“It was incredibly emotional to see the result of months of hard work and preparation unfolding on the Royal Pavilion stage. "
Posted by llanblogger at 7:02 AM