Railway Children arrive at the eisteddfod by special train 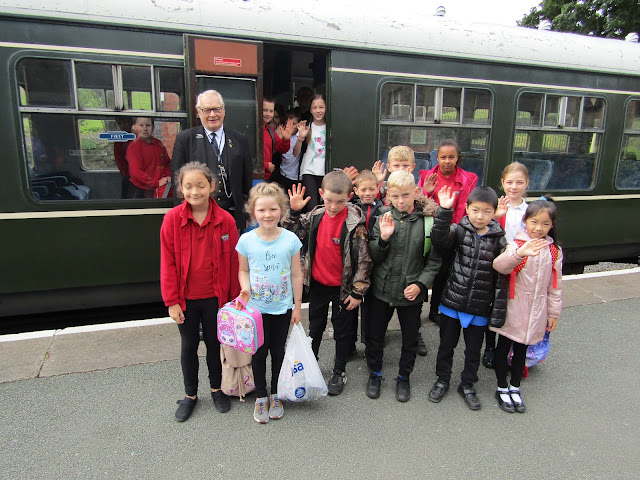 * Children from Ysgol Carrog board the Eisteddfod Special at their local station.


IT was all aboard the Llangollen Eisteddfod special for around 30 excited schoolchildren from the Dee Valley this morning (Tuesday).

In conjunction with the eisteddfod, which opened today, Llangollen heritage railway laid on a vintage 1960 diesel train from Carrog station to Llangollen to take the pupils from Ysgol Carrog to the festival’s children’s day where they were among the hundreds to hear the traditional Peace Message in the Pavilion.

Later in the day the Railway Children boarded a steam train for the return trip home.

Ian Lebbon, from the eisteddfod, said: “By laying on this one-off train service we were reviving a tradition going back to the earliest days of the festival when youngsters were brought in by train for the children’s day events.

“This last happened back in 1962 prior to the Ruabon to Barmouth line being closed.

“Llangollen Railway was kind enough to put on a vintage diesel engine to haul the outgoing service and then a marvellous steam locomotive for the return to Carrog.”

He added: “In 1947 when the eisteddfod began lots of competitors and visitors came to the festival by regular train services and in 1949 the first German competitors to come after World War Two, the Lubeck Choir, also travelled to Llangollen by train.

“On a royal visit in the early 1950s the Queen also arrived to tour the eisteddfod by train, so it’s nice to see the link between the railway and the festival being celebrated with this special children’s train service.” 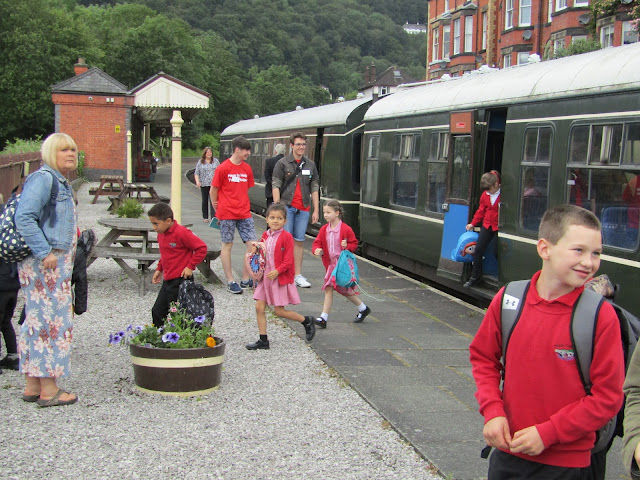 ... and leave the train at Llangollen Station ready for their day at the eisteddfod.
Posted by llanblogger at 9:55 AM