Shaolin Monks dazzle on the field 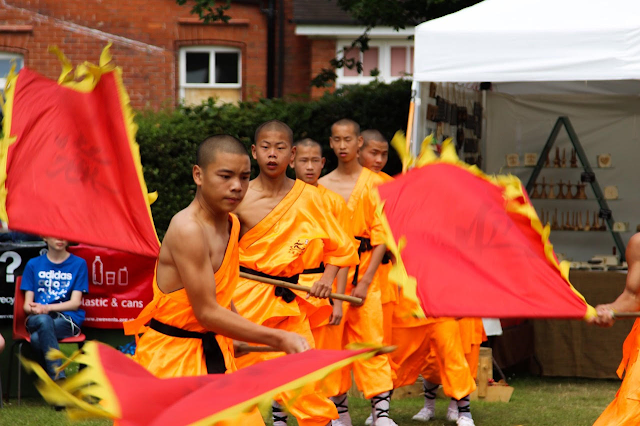 * The Shaolin Monks in action at the eisteddfod.

One of the most eye-catching performances yesterday at the eisteddfod came from The Southern Temple Shaolin Monks who travelled from China to perform.

They said they had been inspired to return to Llangollen following a visit last March thanks to the “peacefulness and beauty” of Wales and the “warmth of the people”.

The performance group, whose members are a young as nine years old, train six hours a day, six days a week at the monastery in Putian.

The eisteddfod has welcomed 4,000 performers this week, with groups travelling from as far away as Ghana, Malaysia, Indonesia and the Ivory Coast.

This afternoon's traditional parade will see thousands of performers dancing through the streets of Llangollen.
Posted by llanblogger at 7:03 AM