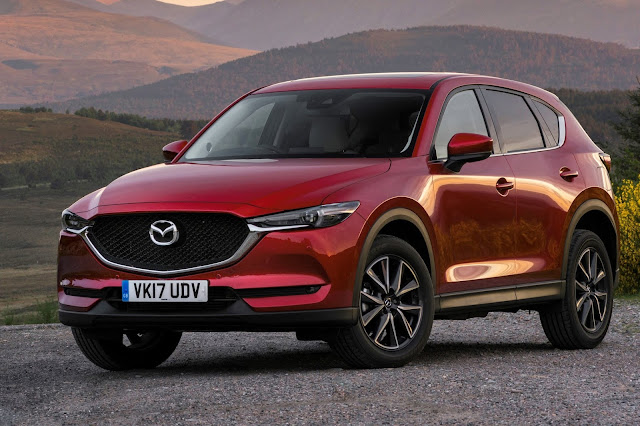 FINDING the right sized car can be tricky. Those you really like are either too small or too big.

This was the dilemma facing the young lady who approached me in a supermarket car park to ask if I liked my Mazda CX-5.

She was switching from her Renault Captur to a bigger SUV and had been humming and harring over several models and was just a finger nail away from settling for the Mazda.

She had trawled the showrooms, read everything she could find about SUVs online but needed that last bit of reassurance from someone who owned a CX-5. Little did she know I only 'owned' my car for a week but we were able to have a meaningful conversation.

Having got the boring bit about what I did out of the way I had to throw a couple of options into the ring, I particularly like the Peugeot 3008 and Seat Ateca.

She liked the look of the Pug but did not like the i-Cockpit layout, it's not everyone's cup of tea, and besides it was too small as was the Ateca.

After we skirted round a few more models it was clear she really wanted a CX-5. She particularly liked the front end styling and I wouldn't disagree there, so at the end of the conversation I was happy to say this is now one of the best big SUVs on the market and that she would not be disappointed.

So what makes CX-5 one of the best? The big three pluses are styling, quality and specification. Get those right and rivals are on the back foot, although just about everyone is on their game these days.

We can tick the styling box, it is arguably the best looking SUV along with the Alfa Romeo Stelvio, and quality has come on leaps and bounds.

Mazda has made a big effort, not just with CX-5, but with all its new models. Sit yourself down and there is a good feel about the cabin whether it be the materials for the door cappings (often a letdown) the dashboard or the head lining.

My GT Sport was clad in leather and looked a cut above the norm.

In this dog eat dog sales world customers demand everything and Mazda has not skimped on kit even on entry level so by the time you reach the top of the range there is nothing much left to add although heated rear seats would top it off nicely.

There is a full suite of safety features, adaptive cruise control etc, but it is the everyday aids that stand out like the head up display for speed, traffic sign recognition and navigation instructions and blind side alert, a big help when about to overtake on motorways.

The command screen in the centre of the dash is the easiest to navigate in any car I have driven. It's a touchscreen, which I don't like using on the move, but Mazda get round this with a rotary dial behind the gear lever which is far safer and less of a distraction when driving.

Space was important for my young lady in the car park and I was able to reassure her on this score.

CX-5 can't claim to be the roomiest but should suit most families. At 4.550mm it is longer than 3008 and the Renault Kadjar but not quite as long as Skoda Kodiaq or Peugeot 5008 both of which offer a third row of seats which would be too much of a squeeze in the CX-5. But it is a comfortable five seater with a decent sized boot.

I liked the 40-20-40 split for the back seats, most are 60-40, and these can be easily dropped from levers in the side wall of the boot. The load area is wide and generous, and long enough to take an adult sized bike without dropping the font wheel.

Apart from the indicator stalk which only seemed to cancel on big turns of the wheel - odd one that - I am struggling for negatives. People may find the ride on the hard side but that is the norm for Mazda who make no excuse for providing a sporty, engaging drive. The big SUVs agility means it is drama free through twists and turns and nicely settled on good roads.

There was no lack of power from the 180bhp SkyActive diesel with its impressive 445Nm of torque so towing my four-berth caravan was a breeze. The extra weight of four wheel drive kept me down to just over 23mpg but the numbers would be better with the front wheel drive 150bhp diesel which would have been more than capable for my needs.