Citroen Aircross is superb at flattening the bumps 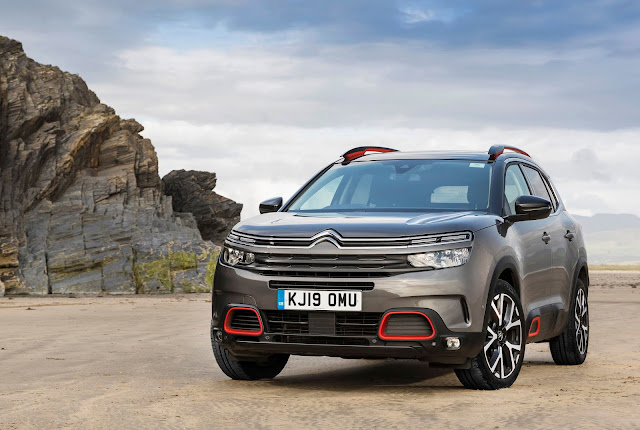 * Above and below, the Citroen Aircross. 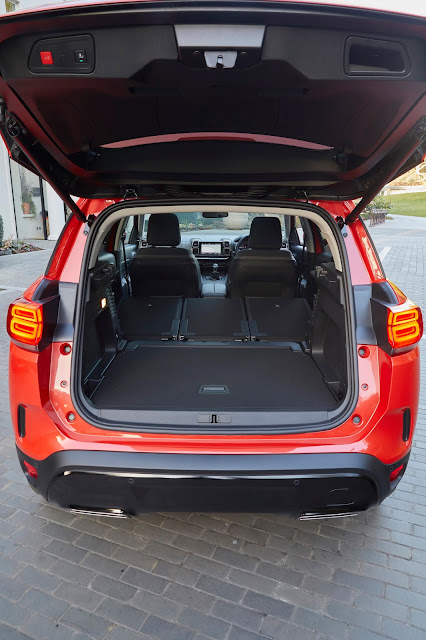 DID you know there are 42,000 speed bumps on roads around the country?

Citroen found out as part of a survey on speed bumps and pot holes and reckons the new suspension on its C5 Aircross and C4 Cactus does rather a good job of cushioning the jolting effect.

As luck would have it I was testing C5 Aircross at the same time the survey was released and can tell you Citroen's claims about its progressive hydraulic cushion suspension are no idle boast.

Speed bumps have done wonders in slowing traffic but some, particularly the rubber squares have to be taken very slowly. One residential street in Wrexham is known by locals as the Himalayas because of its towering speed bumps.

It is a road I often use and C5 Aircross was by far the best at absorbing the humps. I gave it another test near to my village where there are three potholes in a line and again Aircross passed the test with flying colours.

Of course Citroen has a proud history here. The wonderful DS of 1955 was the first to use hydraulics for the suspension while 20 years later the sleek CX set another milestone with its hydro-pneumatic self levelling suspension.

Driving was more like floating but there was a downside for our family. My two young sons couldn't go 10 miles in a CX without feeling sick because of the motion of the car.

No such worries in the Aircross which is both super comfortable and surprisingly stable. This is a high sided SUV so a degree of body roll goes with the territory but as long as you don't push too hard through bends everything stays on an even keel.

Citroen has also come up with a seat design which is setting new standards so throw this into the mix and you have one very comfortable motor.

And it does not stop there, the slightly quirky styling gives the car personality and an identity of its own. It is a little more boxy than the hordes of rivals which bring more benefits. The cabin is very roomy and flexible. The individual back seats are on runners increasing the luggage area if necessary and when they are down provide a flat floor, long enough for a couple of adults to sleep!

Up front we have the signature space age dashboard with an central eight inch central touchscreen controlling just about every function. Not a favourite of mine as I prefer a rotary controller which is less of a distraction when driving.

Individual functions can be quickly selected from a touch pad strip under the screen but it is overly sensitive and easy to accidentally change the screen while moving your hand away. Voice control is an option but not as effective as other cars I have been driving.

The driver also has a changeable 12 inch screen in the binnacle which makes life easy when following navigation instructions.

People are still dubious about Citroen, and French cars in general, but a look inside C5 Aircross should park that myth. The company upped its game a long time ago and the materials and build quality exceed many rivals.

The spec sheet is long as is the list of safety features. Check out the brilliant 360 deg camera. However there is always room for improvement like a hold function on the electronic parking brake and fabric lining for the boot walls.

Citroen has one of the strongest line ups of petrol and diesel engines and my 2-litre diesel was smooth, efficient and punchy. With 400Nm of torque you should never be caught short when overtaking while there are smiles per mile with mid forties to the gallon a given. On a long run I topped 50mpg.

Outstanding is not a word I bandy about but it fits the bill here. There are any number of very good SUVs out there but C5 Aircross goes that extra mile on space and flexibility and has arguably the most comfortable ride of any of its rivals.

It is 100 years since Andre Citroen founded his car company. He was an innovator who always pushed the boundaries and would be pretty pleased with the way his company is continuing that tradition.