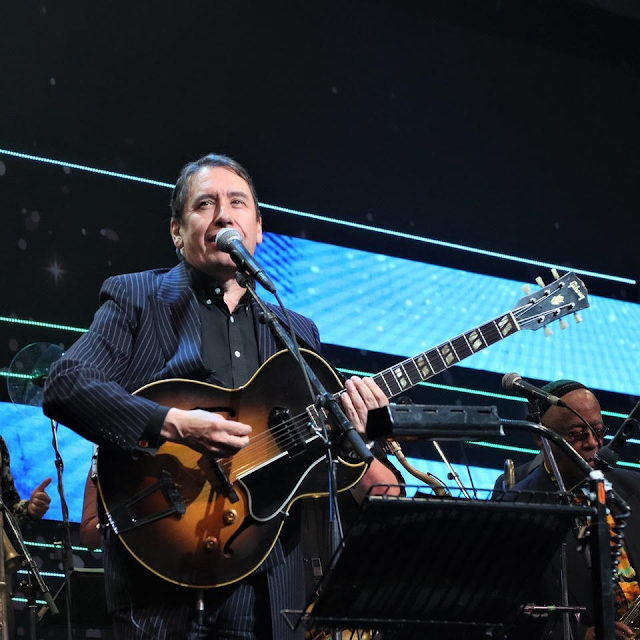 Warm-up entertainment was delivered by platinum-selling Irish singer songwriter Jack Lukeman before Holland burst on stage for a high-energy performance accompanied by his legendary Rhythm and Blues Orchestra.

He launched straight into a mesmerising performance before being joined on the piano by his younger brother, Christopher Holland, which immediately got the audience clapping.

Renowned R&B soul diva Ruby Turner rounded off the guest list, captivating the crowd with her powerful vocals as she belted out some sensational soul numbers.

Holland and Co kept the boogie-woogie, soul and blues rolling before bringing the crowd to its feet with his show-stopping Enjoy  Yourself.

* Tickets for this year’s festival can be purchased online at www.llangollen.net or via the box office on 01978 862001.
Posted by llanblogger at 6:52 AM