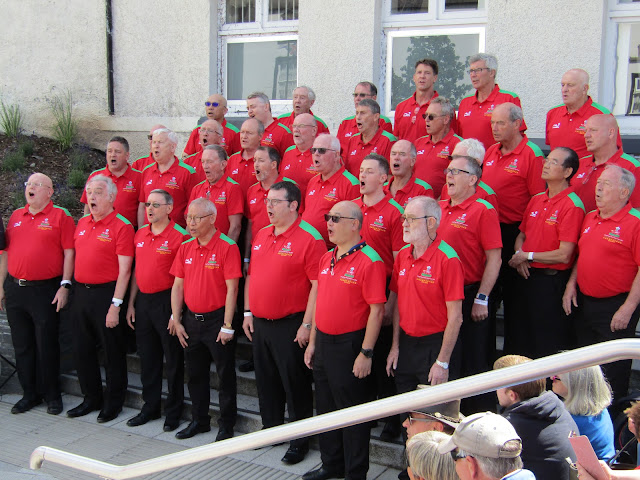 Performers from the eisteddfod have been drawing the crowds in Llangollen’s Centenary Square this afternoon.

Winning a particularly warm welcome in the hot sunshine was the Hong Kong Welsh Male Voice Choir, singing for the first time in Wales to mark their 40th anniversary year.

The 55-strong choir was formed in 1978 by a small number of ex-pats living in the former British colony, mainly South Walians who had gone out there to work on major engineering projects such as the underground railway.

This is currently the only Welsh male voice choir operating in southern Asia.

Although most the choristers have Welsh origins around half a dozen were actually born in the country.

During the past four decades the choir has sung around the world at venues in Vietnam, Thailand and the Philippines. It is proud to have performed three times at the Royal Albert Hall in London and in the Sydney Opera House.

Despite its international touring this is the first time this Welsh male voice choir has sung in Wales as it makes its debut at the eisteddfod in Llangollen.

Choir spokesman Bill Kong, who is this year acting for the seventh time as an eisteddfod volunteer international welcome host, said: “Ninety per cent of the choir members have never been to Llangollen before and a similar number haven’t been to the eisteddfod either, so they think it’s great to be here and singing for the first time in Wales.

“Although we’re not actually competing in the festival we’ve got a full programme of engagements.

“On Wednesday we were singing in Centenary Square and afterwards joining the Cor Bro Gwynedd at an event in Bala.

“On Thursday we’re doing the lunchtime concert in St Collen’s Church at 1pm and going back up to the eisteddfod field to sing in the Ampitheatre at 3.15pm.

“On Friday we’re singing on the World Stage on the field at 11am at at 1.30pm at a care home in Dolywern. Later that afternoon we’re looking forward to taking part in the famous Parade of Nations through Llangollen town centre and at 7.30pm the choir is at All Saints’ in Gresford.

“We’ll round things off with an appearance on the Globe Stage on the field.”

Bill added: “We’ve enjoyed every minute of it and we’d love to come back to Llangollen again - this time hopefully to compete at the eisteddfod.”

There were cheers from the large crowd when its flag-bearer danced with Town Crier, Chem Cheminais.

* Singing in the Wednesday lunchtime concert at St Collen’s Church was the choir from the East Tennessee State University.

Its members presented a varied selection of choral music from Europe, the USA and Wales. 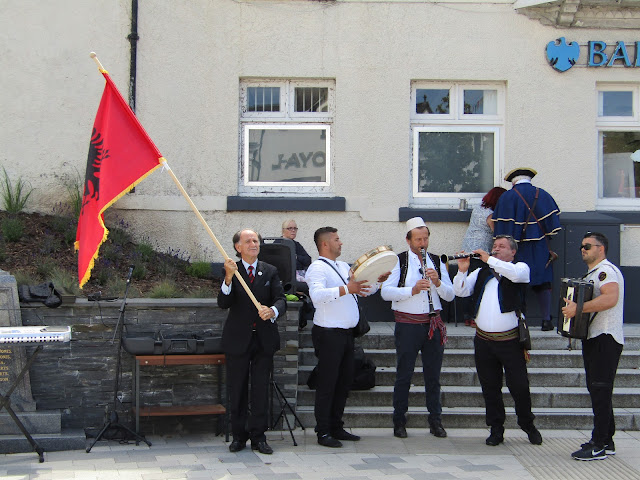 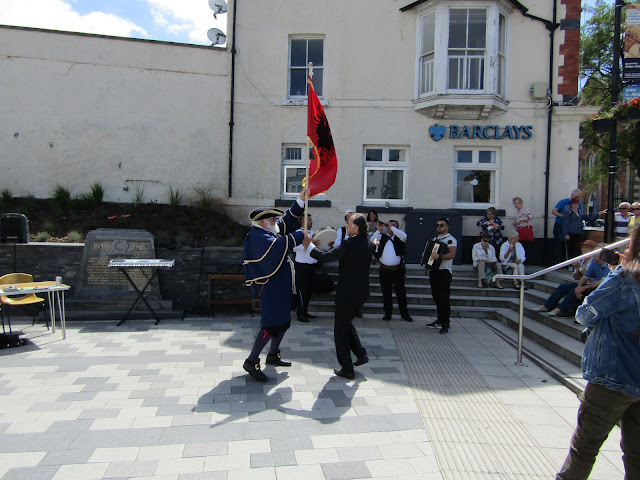 * Town crier Chem is invited to dance by the band's flag bearer. 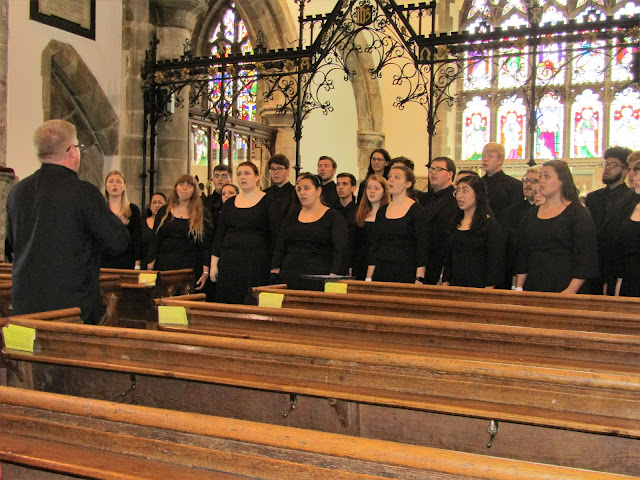