Your wish is this new Volvo SUV's command 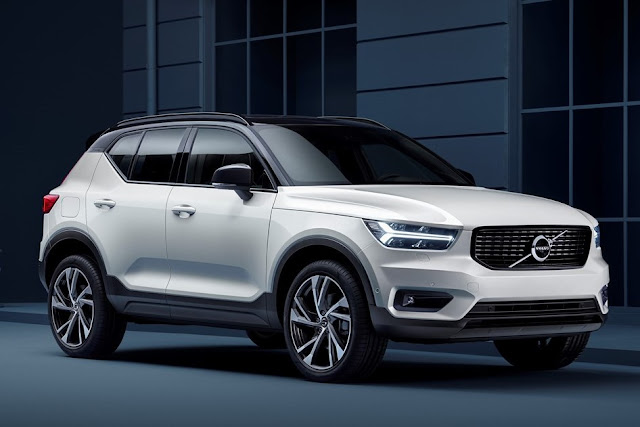 My irritation with voice control in cars has, apparently, become legendary and even sparked a discussion in a pub.

The trouble is two-fold. You have to go through hoops to get the right function and once there it does not always do what you ask. I even lost my temper with a Lexus (how stupid is that) because it went to radio when I wanted to put in a postcode for navigation.

Well, I have finally come across a car with no quibble voice control. Tell a Volvo what you want and 'your wish is my command'. In this case it was the XC40 compact SUV, the latest and smallest in the line, but equipped with the same Sensus connectivity as all other Volvos.

This means just about every function is stored away in a tablet style computer sitting smack in the centre of the dashboard. It is a big vertical screen and yes, the system is intimidating, some might find it baffling.

The majority of cars have touchsceen infotainment centres but for me the Volvo is the most complex. To be fair it is a masterpiece of technology and people used to doing everything on smart phones will get their heads around it in no time just as new Volvo owners will get used to it....eventually.

But I didn't need to worry because the voice control is brilliant. Tell it to tune to a radio station, put in a post code, change the heating temperature or the fan speed and it does it. And they are the functions we use most when driving. Result.

There is, of course, a lot more to XC40. In many ways it is an exceptional car with eye catching styling, a stunning minimalist interior (very Swedish), plenty of room and oodles of high end safety features. Would we expect anything less from Volvo when it comes to keeping us safe?

You would not want to temp fete but about the only way you will have an accident is if someone else causes it. Pilot assist will keep you in your lane and control braking and speed, you will be warned not to pull out if a car is overtaking, or if a vehicle is approaching when reversing out of a parking slot. Very handy in supermarket car parks where some people drive ridiculously quickly.

For all that the XC40's outstanding feature is comfort. My test car was the R-Design which has sporty suspension so you might expect ride to be a bit raw. It turned out to be the total opposite with the most settled ride of any compact SUV I have driven and able to keep its composure when pushed through twists and turns.

The seats, particularly the front, are very comfortable and with generous rear legroom XC40 is a good family car. There is a decent sized boot (R-Design has a powered tailgate) with a wide opening and flat loading area with the back seats folded.

Volvo has switched emphasis to smaller petrol engines and hybrid and electric power, you don't get anything over two litres, and has developed a turbocharged 1.5 litre petrol as its entry point for XC40.

This three-cylinder engine musters a formidable 163bhp and is quick off the mark but it does lack refinement and is noisy once the needle passes 4000rpm. Economy is not brilliant either, I never managed to reach 40mpg on the trip computer which is in line with the official figures but I would hope for better. Volkswagen does a better job with its 1.5litre petrol.

For those wanting more economy take a look at the D3 diesel.

This is another fine car from Volvo which is almost mirroring Audi in the way it has risen up the premium ranks. It has both style and substance, is reasonably priced, and although it is not quite the best at everything, it still does everything very well.