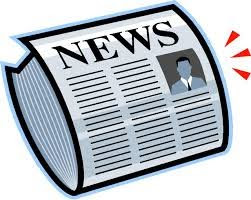 The council responded to numerous for help from the public on Sunday and spent the day assisting residents and responding to calls for help county wide.

A number of roads across the county were closed and severe flood warnings were issued for the Glasdir Estate in Ruthin and for the River Elwy in St Asaph and Rhuddlan areas.  Some minor flooding was reported in these areas.

A rest centre was opened at St Asaph Leisure Centre as a precautionary measure and provided temporary shelter for 53 people and four dogs.

The people evacuated from Llys y Felin and Mill Street were able to return to their properties a few hours later.  Residents of the Spring Gardens caravan park were placed in overnight accommodation.

Councillor Brian Jones, Cabinet Lead Member for Highways, Environment and Sustainable Travel, said: “The weather on Saturday night and into Sunday was relentless and the sheer amount of rain that fell in Denbighshire and the rest of North Wales and the UK resulted in flooding in some of our communities and caused difficult travelling conditions.

“The council’s teams worked tirelessly in appalling conditions to respond to flooding incidents and problems with fallen trees. Our out of hours service was inundated with calls for help and additional staff were called in for support.

“We also had teams working closely with the other key emergency services, as well as staff and volunteers from the local community assisting at the rest centre. They were able to provide safety to those at risk of flooding and provide them with warmth in a safe environment.

“There was also good co-ordination with Natural Resources Wales who fronted the response to the flooding regionally.

“Further warnings are in place for rain, wind and snow on higher routes over the coming days  and the council is advising people to monitor weather forecasts and the media for any further advice."
Posted by llanblogger at 10:59 AM