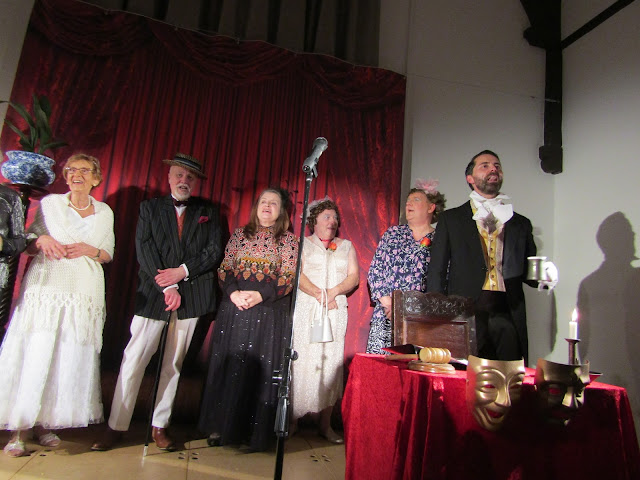 * The full cast take a bow at the end of the show.

From a jilted bride to a hectoring coconut stall huckster and from a pair of joshing elderly ladies to a cheeky chappy of a chairman.

They were all there is glorious colour and thrilling exuberance as the Collen Players staged their third successful Old Time Music Hall show at Llangollen Community Centre last night (Friday).

The troupe was formed late last year by the St Collen's vicar Father Lee Taylor who has a passion for the roistering genre.

The first two shows were staged during the latter part of 2019, both winning appreciative full-house audiences,

This third outing was no less successful at thrilling with a capacity crowd who sang and cheered along with the action.

As always the re-creation of a late Victorian performance venue was superb but this time enhanced with the addition of rich red backcloth curtain evocative of the era.

As always the show was expertly welded together by Father Lee in the role of verbally dextrous and sometimes naughty chairman.

Then talent tumbled upon talent from the likes of Phil Robinson who went cruising down the river and shying at coconuts, Neil Barrett and Dave Lyne with their Cissie and Ada style comedy routine, Jennifer Rose who appeared in both first a second halves with a plethora of sing-along and poignant songs, June Cook bemoaning the fact she'd be jilted at the church and Sue Stokes who gave us a treat with renderings of You Made Me Love You and Danny Boy.

Helping them all along marvellously on the keys was Owen Roberts.

Costumes, all prepared by their wearers, were once again brilliant, as was a delicious traditional music hall supper provided by Fabiano Silva.


* All pictures by Jeanette Robinson. 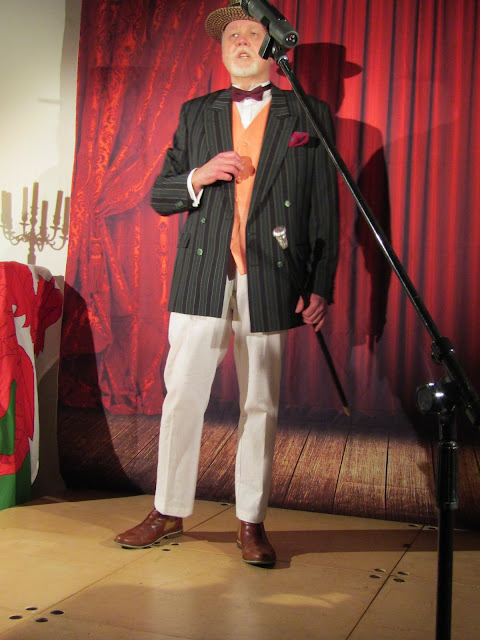 * Phil Robinson during his opening act. 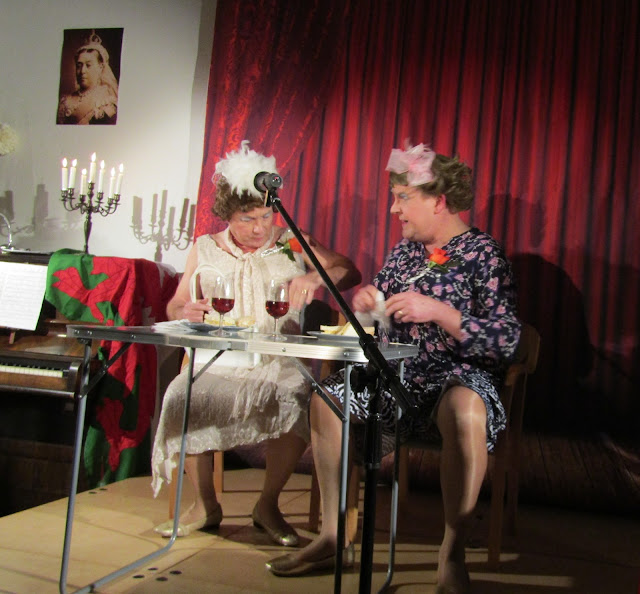 * Neil Barrett and Dave Lyne do their bit of banter. 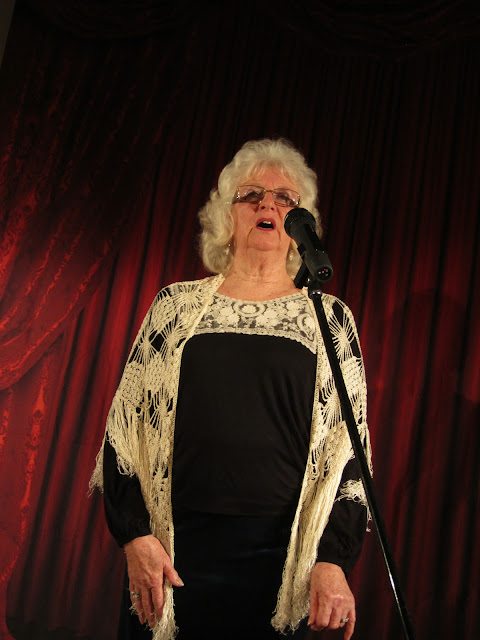 * Jennifer Rose at the microphone. 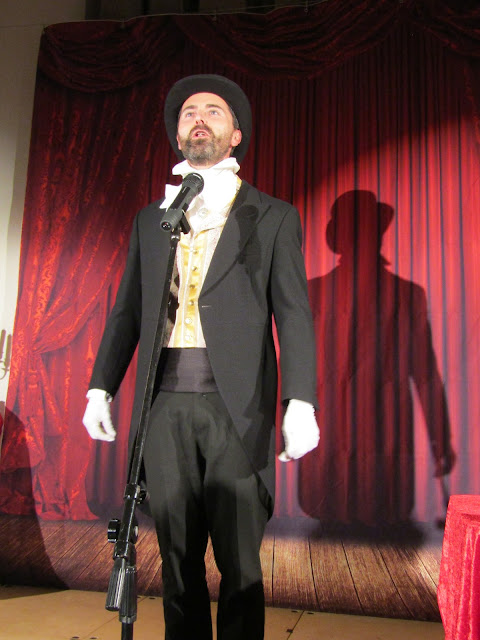 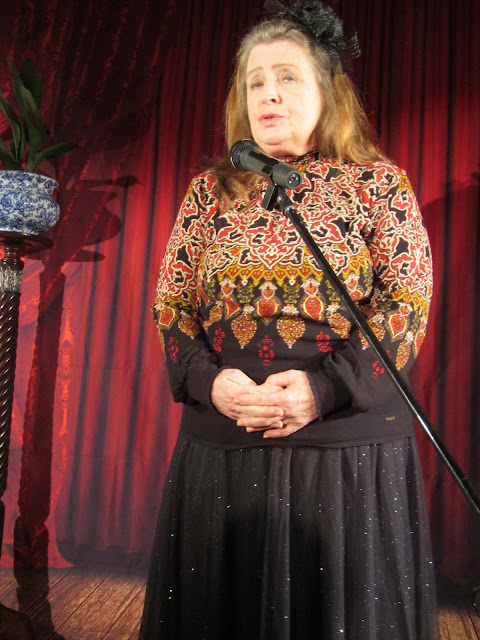 * Sue Stokes rounds off the performances.
Posted by llanblogger at 8:36 AM