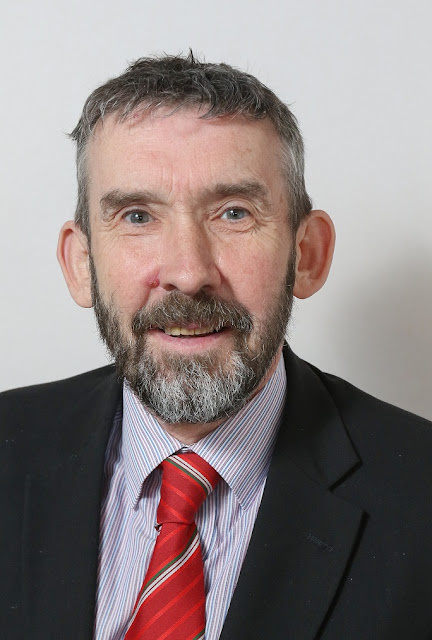 Tributes have been paid to Councillor Huw Jones of Corwen (pictured) who died over the weekend after a long illness.

Huw had been a county councillor since 2008 and was a former Chair of Resources Scrutiny Committee.

He was appointed Chair of Performance Scrutiny in 2017.

Huw was also a member of the Clwyd Pension Fund, Director of Cadwyn Clwyd and member of the AONB Partnership.  He was a former Board Member of Menter Iaith Sir Ddinbych.

Councillor Hugh Evans OBE, Leader of Denbighshire County Council, said: “Huw, or Huw Chick as he was affectionately known was a loyal and trusted councillor and was great at representing the views of the people of Corwen and promoting his town in meetings.

“He had a wide variety of interests, which led to him being given Cabinet portfolios which included leisure, youth, tourism, rural development the Welsh Language and community development. On top of these duties, he continued to serve his residents to the best of his ability and was known by some as Mr Corwen.  I think that sums up Huw’s contribution to Corwen perfectly.

He always carried out his duties professionally, diligently and with integrity.  He was seen as a trusted and loyal friend and colleague by fellow councillors, but also had the respect of staff and teams across the county.

“Denbighshire has lost a true gentleman but we will always remember Huw with warmth and affection."
Posted by llanblogger at 10:21 AM