AM's call to bring back Llan's minor injuries unit and others 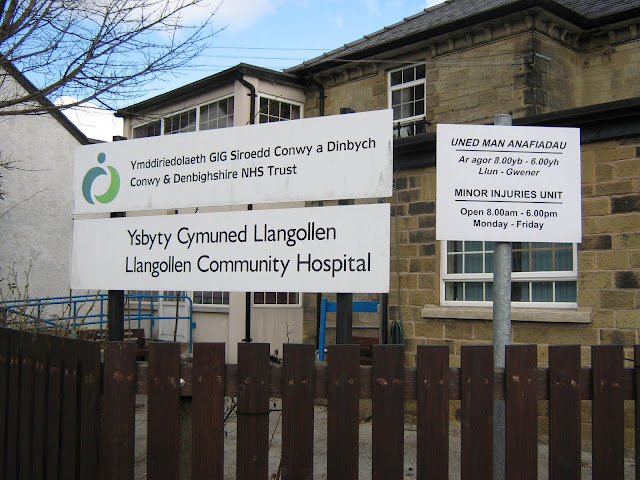 * The former Cottage Hospital whee the Minor Injuries Unit was based before its closure.

North Wales Assembly Member Mark Isherwood has called on the Welsh Government to restore the Minor Injury Units (MIUs) they closed in North Wales seven years ago, including the one in Llangollen.
Raising the matter with the Minister for Health and Social Services, Vaughan Gething AM, in the Welsh Parliament yesterday, Mr Isherwood said those in power were wrong to ignore warnings at the time that closures would result in additional pressure on A&E departments and GP practices, as this is exactly what has happened, and urged the Minister to consider reinstating MIUs for the communities that lost them.

He said: “According to Betsi Cadwaladr's website, there are five Minor Injury Units identified, other than A&E units, across the North Wales regional constituency. Luckily for me, one of them is in Mold, but most people aren't so lucky.

“In accordance with Welsh Government policy, in 2013 Betsi Cadwaladr closed five others - Colwyn Bay, Ruthin, Llangollen, Flint and Chirk - despite local campaigns to retain them and despite repeated warnings that this would place extra pressure on our A&E departments and GP practices. Of course, this is exactly what's happened.

“What consideration are you giving to perhaps restoring Minor Injury Units to the communities that lost them or that are accessible to them in other communities nearby?”

The Health Minister said that “Betsi Cadwaladr University Health Board has established “a pan-health board group to assess the scope of minor injury services across North Wales to ensure standardisation and to reduce demand on busy emergency departments within north Wales”, but that there are many issues to consider including ensuring there are adequate staff for the units.

Speaking after the Chamber exchange, Mr Isherwood said: “In early 2013 Betsi Cadwaladr University Health Board announced that it was rushing through the closure of five Minor Injuries Units in North Wales.

"We had repeatedly warned the Labour Welsh Government  that their NHS community bed cuts and Minor Injury Unit closures would add to pressure on A&E and GP services, but they ignored us and the chickens have now well and truly come home to roost."
Posted by llanblogger at 10:21 AM