Llan Railway in the honours for Corwen project 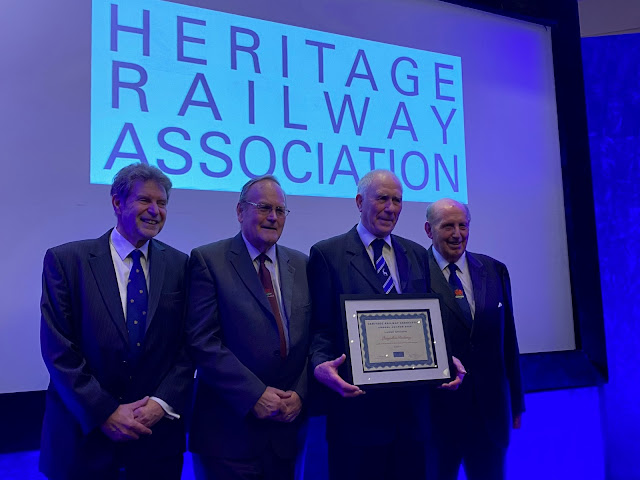 The completion of the trackwork to connect the Corwen station loop to the railway's railhead had been submitted for an award in which competition came from four other entries.

The Llangollen group came away with a runners-up certificate in the Large Group category for the volunteer workforce's achievement in laying track and point work to complete the ten-mile railway from Llangollen station through to the buffer stop at Green Lane, Corwen and the provision of a siding.

The winner's award went to the Volks Electric Railway, Brighton.

Project Leader Richard Dixon-Gough said: "We are delighted the project's achievement has received some acknowledgement and we shall be back next year looking to receive the Award for completion of the new Corwen station."
Posted by llanblogger at 10:56 AM