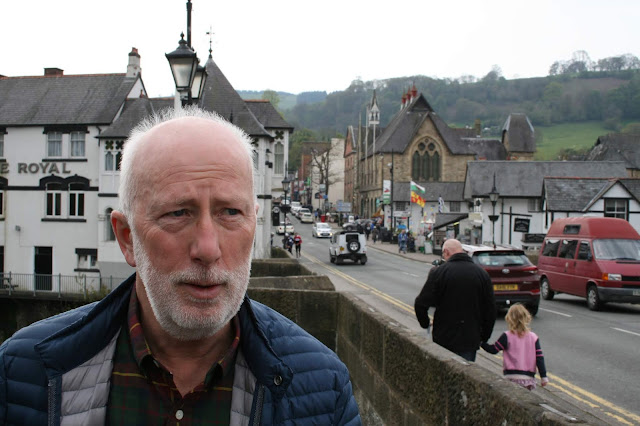 Yesterday (Friday) llanblogger featured a picture sent by former county councillor and town mayor Stuart Davies of his yacht, which is moored in Portugal, dressed in the national flags of Wales, England and Scotland to mark Brexit, of which he was a keen supporter.

In response Cllr Timms says: "It’s a pity that one of our former county councillors thinks that it’s a good idea to send pictures of his private yacht in Portugal to celebrate the split between Europe and the UK.

"We need to remember that 48% of the population (and rather more than that in Llangollen) are disappointed about the split."

On Britain's first post-Brexit day Cllr Timms added: "I will not be celebrating today, but I will continue to work to bring our community together, whether they voted to leave or to remain.

"This town has a long history of welcoming people from across Europe and the rest of the world and it is my hope and belief that our community will continue to do that.

"We also need to make sure that we give our support the organisations in our town that foster these relationships, particularly the International Eisteddfod, ECTARC and our schools."

Meanwhile, Stuart Davies has sent in a picture of his welcome to Portugal by a local government official as part of his temporary residence in the country ... 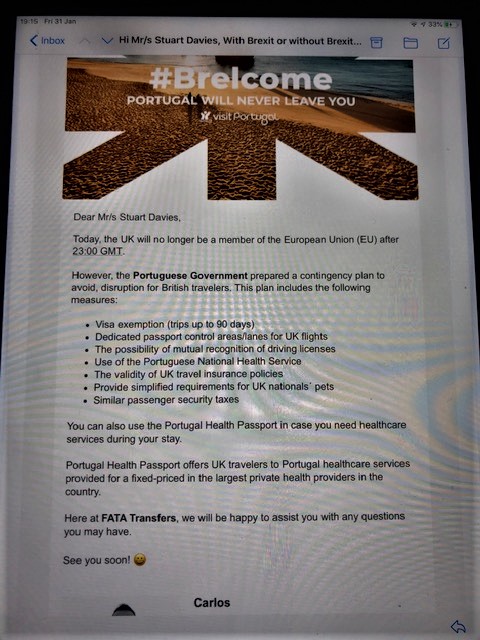 Posted by llanblogger at 7:31 AM