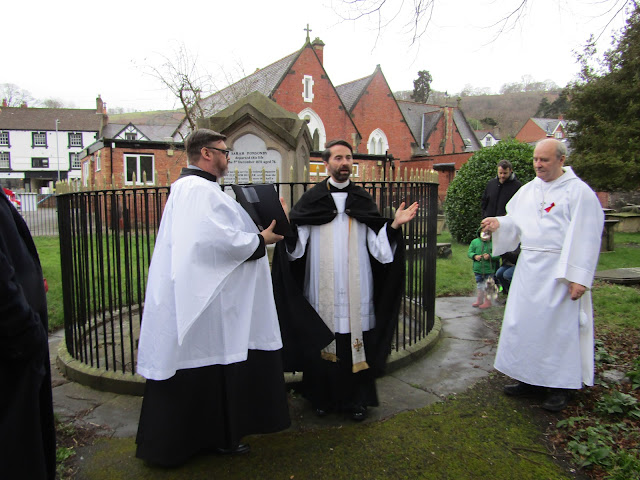 * Above and below: Father Lee blesses the tomb of the Ladies of Llangollen. 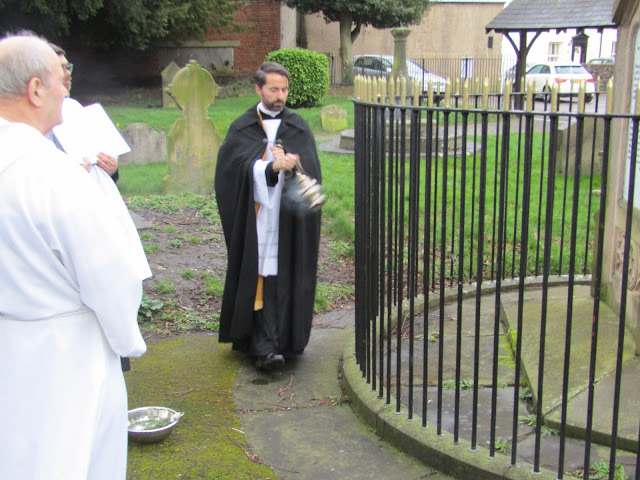 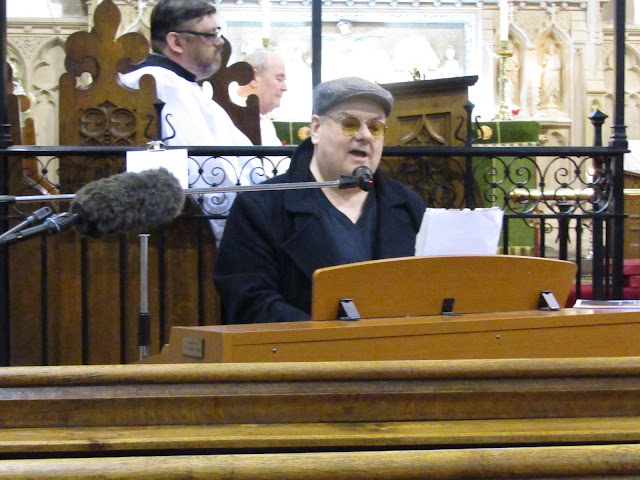 The tomb of the Ladies of Llangollen in St Collen's churchyard was blessed by the vicar during a moving service celebrating diversity this afternoon (Saturday).

The aim of the current LGBT History Month is to celebrate the lives of notable LGBT people, both past and present.

And, according to St Collen's vicar Father Lee Taylor, the town had the famous Ladies of Llangollen, Sarah Ponsonby and Eleanor Butler, who found love and joy in each other.


The special service was one of sacred and secular music, readings and poems.

Special guest was award-winning Welsh jazz singer, presenter and actor Ian Shaw who performed three numbers linked to the diversity theme, including a love story in Welsh and Come in From the Cold by folk singer Joni Mitchell.

Another guest was Chris Elsworth from Plas Newydd, their home, who gave a brief history of the Ladies.

Members of the congregation were than ceremonially anointed by Father Lee.

Later they followed him into the churchyard where he performed the tomb blessing ceremony using traditional incense.

In his sermon Father Lee said: "We should accept, embrace and love those considered to be different.

"In his life Jesus Christ broke down barriers to challenge the status quo. He was a rebel, a revolutionary and we forget that sometimes. He was concerned with raising up marginalised people.

"Being a human being and having solidarity with humans, especially those who from marginalisation, were the things that were important to Him. So I pray that we follow that same pattern and have the same priorities that He did." 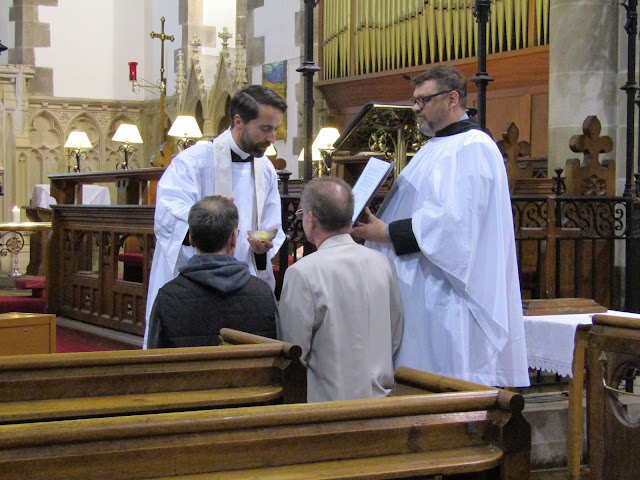 * Congregation members are anointed by Father Lee.
Posted by llanblogger at 6:38 PM