How has a BID been for Rhyl, asks llanblogger

Llangollen is due to vote on whether its town centre will become a Business Improvement District (BID) next month.

Llanblogger therefore thought it would be useful if we got the views from another part of Denbighshire which has already taken the BID plunge on how it is working out for them.

We spoke at length to Abigail Pilling, manager of Rhyl BID, to ask her some key questions. 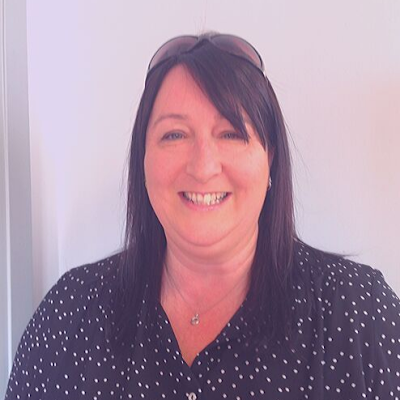 A Business Improvement District (BID) is an arrangement whereby businesses and organisations in a defined location get together, decide what additional improvements they want to make in their area, how they are going to manage and deliver those improvements and what it will cost them.
This all goes into a business plan, which is voted on by all those businesses who would have to contribute and pay the BID levy.
In order for a BID to be established a ballot of eligible businesses in the BID area is held.
For the ballot to be successful over 50% of businesses that vote must vote in favour of the BID.
Of the businesses that vote those voting yes must represent a greater total rateable value that the ones that vote no. If these conditions are met the BID will be established. The levy will be mandatory for all eligible businesses in the BID area.
On March 19th 200 Llangollen businesses will be balloted on whether they wish to be part of the local BID.
If the vote goes in favour of the scheme each business will be asked to pay a levy to help raise £88,000 a year, or a total of £440,000 over the five years it will last.
It is proposed that all eligible businesses will pay a banded levy towards running the BID.
Smaller businesses with a rateable value of less than £2,500 and businesses that fall into the industrial, manufacturing, storage, and workshop sectors will be exempt from paying the levy as will the two schools.
Rhyl BID came into being after a ballot in November 2018 showed 66 of the 99 businesses who voted – or 67% - in favour.

A levy of 2% on the rateable value of the business premises in the BID area produced a pot of £1m to be spent on various projects.

One of its key achievements so far has been the launch of Rhyl Town Rangers last summer.
The team of two rangers spends 40 hours a week patrolling the BID area.
In their distinctive turquoise blue uniforms, they work as ambassadors as part of the wider community, interacting with Rhyl’s businesses, staff and residents, as well as providing guidance and advice to the public, and working closely with the police and other security personnel, reporting any anti-social behaviour through the radio link.
Throughout the consultation process Rhyl BID was advised by the Mosaic Partnership who have also been involved with Llangollen’s BID.

Abigail Pilling is manager of the not-for-profit company set up to run the BID.

She explained that the Rhyl BID area, which covers a T-shaped area running mainly along the sea front, was larger than that proposed for Llangollen, which covers 38 roads and 193 businesses in the town.

Rhyl BID includes 446 businesses, although this fluctuates slightly as members leave or join the patch.

She said: “In Llangollen you have got a much smaller area so that the amount of levy it would be bringing in would be less but I feel that because you have a smaller, concentrated area it would be easier for a BID company to do projects that would benefit everyone at the same time, which is a position I’m slightly envious of.

“In our BID area some may benefit from this project or that project but in Llangollen whatever project you’re doing would benefit everyone.”

Going on to outline a possible future project for Rhyl, Abigail explained: “At the moment businesses pay different rates for different things, like electricity, waste management and so, but because our BID is a collective it gives us a bit of negotiating power, so we’re looking at various companies and various models which could help us make sure our businesses are on the best rates for everything.”

In Llangollen there has been some criticism that businesses have not been adequately briefed about the proposed BID.

Abigail said that although the consultation process took place in Rhyl before she was appointed to her role, she did have an idea about of what took place.

“What I know is that Mosaic Partnership did engage. There was a team of people who were quite pro-BID and there were supporting members from the county council and Rhyl Town Council who did canvass the area before the vote,” she said.

“The ones that are unhappy always shout the loudest, so it feels like, oh, so many people don’t know about the BID but I’d say this was a smaller percentage.

“The consultation process engaged with as many people as they could engage with.

“People engage when they know there’s something of interest to them and they engage less when they are either unsure or not that interested.

“I’d say that most people were either aware of it or had that ‘I’ll wait and see’ thing.”

Turning to the projects initiated by Rhyl BID, Abigail said: “Here in Rhyl we didn’t get to where we are overnight. It’s been 30 years coming and there’s a lot of pressure on the BID.

“When the BID’s been voted through and the levies are paid people want to see a splash. But what is nice about a BID as opposed to a county council is that it can afford to put its head down and ignore all the politicking and noise.

“So we’ve got lots of projects that are in the background but we will take our time to explore them in depth before we launch anything because, at the end of the day, it’s levy-payers money we are re-investing in the town, so we don’t have to say it would be politically favourable if we did this.”

She added: “One of the things we are looking at is seagulls, which is very controversial.

“It’s something that perhaps Denbighshire County Council may not have been able to tackle given its stance on seagulls, or given different political agendas or concerns.

“So if levy-payers decide this is as issue we will look at that independent of whatever the policy is at local authority level.”

And does she reckon that a BID would be good for Llangollen?

She said: “You’re lucky in Llangollen. There you are, quite poised as an area to take advantage of some of things that are on the agenda, from Tourism Wales, Visit Wales and that kind of niche experience they are trying to create.

“I think a BID shows very favourably that a business community is willing to come up with some thoughts and take some responsibility and ownership. When you have a BID you could be looking at things like can we get match-funding for our idea.”

If Llangollen decides to vote for a BID, Abigail offered to give help and advice to people from the company appointed to administer it based on her own experience of such a scheme.

* Find out more about Rhyl BID at https://rhylbid.co.uk/
Posted by llanblogger at 8:03 AM