The Welsh Government has today (Thursday) sent a letter to schools in Wales notifying them of changes to GCSE English Language.
Over the summer the Welsh Government, as regulator of examinations in Wales, issued a direction to WJEC to re-grade this year’s GCSE English Language results after a thorough and detailed review found there were significant problems with the methodology that WJEC were required to use to award grades.

Ministers said the result of the re-grade was the "resolution of an injustice served to well over 2,000 Welsh candidates". 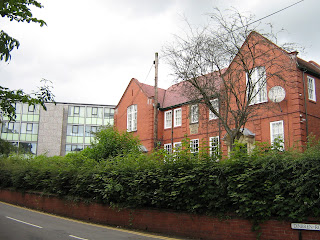 At Ysgol Dinas Bran in Llangollen (pictured right) eight students saw their results improve - five from D to C and three from C to B.

The government is now putting in place measures to ensure that such an "injustice" does not happen in the future.

The Welsh Government has raised significant concerns about the overall validity and reliability of the current assessment model.

As a result, proposals are being put in place to implement immediate changes to the regulatory criteria which relate to this qualification in Wales.

Candidates currently in Year 10 and who will reach their final GCSE English Language assessments in the summer of 2014 will benefit from these improvements, claims the government.

The main differences between the new and current criteria are that:
Education Minister Leighton Andrews said: “The decision we made to order a re-grade was about fairness and ensuring that Welsh students got the grades they deserved for the work they put into their examination.

“The result of the re-grade was the only acceptable outcome for learners affected by a questionable grading methodology.

"The decision to change the regulatory criteria for GCSE English Language in Wales is an important step towards ensuring that the injustice suffered by our learners won’t happen again in the future.”

The Welsh Government has also made it clear that, in the summer of 2013, the grades for candidates in Wales should be determined in the context of comparable outcomes for learners in Wales rather than on the basis of predictions of performance for candidates in England.

Welsh Ministers say they remain committed to avoiding significant changes to GCSEs until after the outcomes of the Review are known at the end of November.

However, they add that given the exceptional circumstances surrounding English Language in the summer, this change to one subject specification is vital to ensure that Welsh students can receive fair and just treatment when they sit their exams in 2014.
Posted by llanblogger at 5:59 PM