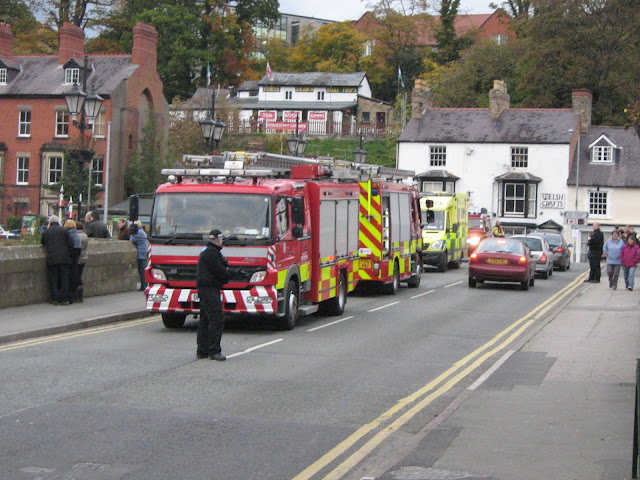 * Enmergency services gather on the bridge. 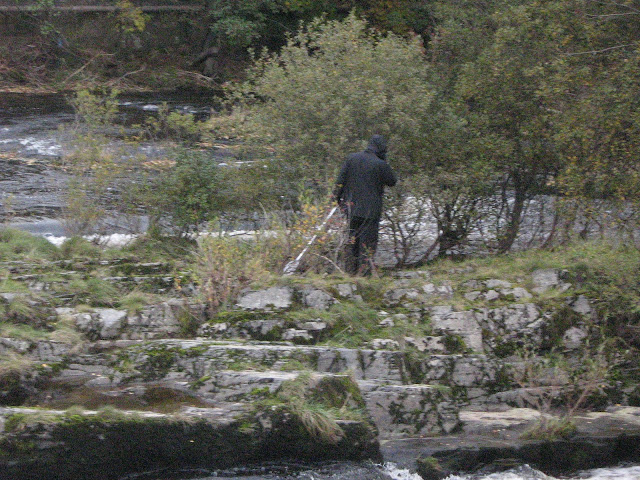 * The stranded man speaks on his mobile. 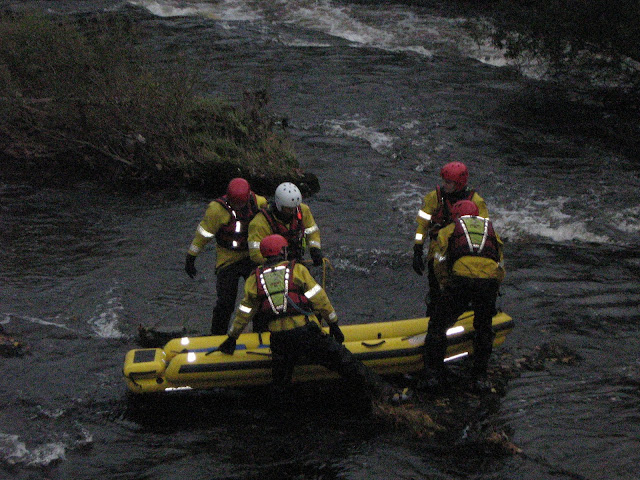 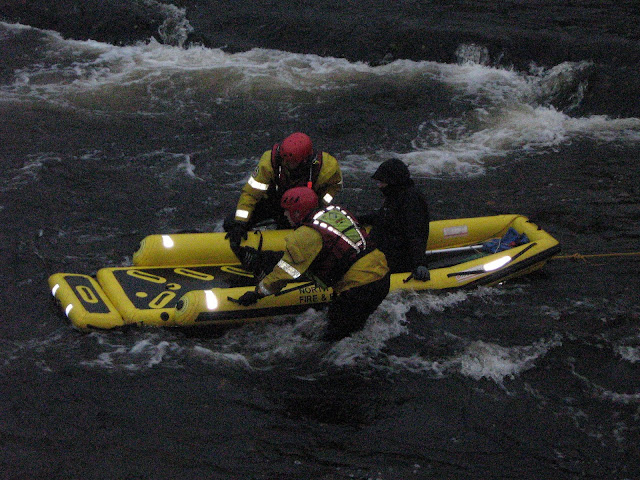 * The man is brought ashore by the rescue team.


Llanblogger was at the scene when emergency services plucked a stranded canoeist to safety from an island in the middle of a raging River Dee in Llangollen early this evening.


Crowds of onlookers lined the bridge and the platform of the nearby station to watch a team of firefighters specially trained in water rescue inch their way out to the man across the fast-flowing river before helping him into an inflatable boat and winching him ashore.
The man, who did not appear to be wearing a wetsuit and seemed to be clad in black trousers and anorak with the hood raised over his face, was seen speaking to a police officer before leaving the scene.
The drama began just after 4pm when fire appliances, police cars and an ambulance raced to the bridge with sirens sounding and blue lights flashing.
They were accompanied by a Land Rover marked Edale Mountain Rescue but they do not appear to have taken any part in the rescue.
The man, who was holding a metal paddle, was stranded precariously on an island half way across the river, with water sweeping past on either side of him.
For most of the time he was stranded he appeared to be talking to someone on a mobile phone.
Around 4.30pm a fire service boat rescue team, which is based on Deeside, began entering the water from a point just downstream of the ancient bridge.
Using safety lines they waded carefully across the river until they reached another small island from where one of the firefighters carried a line across to the patch of rock where the man was standing.
The team’s bright yellow inflatable boat was then hauled across and the man was helped into it by other members of the team who had by now also crossed over to him.
The boat, with two firefighters and the rescued man on board, was then pulled back to the bank by safety line.
As he walked up the steps to the roadway he was seen speaking to a police officer before leaving the area.
The ambulance which was standing by on the bridge was not needed as it is understood the man suffered no injuries.
Emergency services then dispersed at around 5.30pm.
For the duration of the drama police controlled traffic driving across the bridge which led to some minor congestion on Castle Street, which is the main shopping street, and both main roads – the A5 and A539 – leading up to the bridge.
Tourists in town for the weekend had a grandstand view of events from the bridge and also from the platform of nearby Llangollen Station, which was packed with people for an appearance by Thomas the Tank Engine.
Posted by llanblogger at 7:07 PM