A Llangollen grandfather who braved the wild water of the River Dee last year to raise money for the town’s Christmas festival is repeating the feat, this time with an extra challenge and the help of his local Assembly Member.

A year ago John Palmer swam two miles through challenging white water to the centre of Llangollen.

This year he will begin his challenge with a six mile run from Corwen to Glyndyfrdwy and then swim the remaining six miles to the Horseshoe Falls just outside Llangollen.

He will also be joined by local Assembly Member Ken Skates.
John explained that, as enjoyable as his adventure was last year, he is hoping for something more challenging this year.
“Last year was really just a case of sitting there and letting the river take me,” explained the 65-year old former outdoor instructor.
“This year the run will add something of an edge to the adventure. Combined with the swim I think it’s really going to test our stamina.”
John enlisted the help of Clwyd South AM Ken Skates after discussing fundraising for the festival, which takes over the centre of Llangollen in November each year. 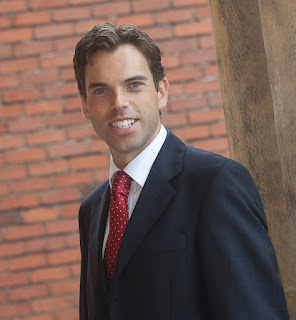 * Ken Skates AM.
“I came to last year’s festival with my family and it’s a lovely event that brings the community together and really does help to keep Llangollen special,” explained Ken.
“It’s a chance to shop in Llangollen’s range of unique shops and find something special for your family’s Christmas.
“John explained how much effort goes into raising money to ensure that it takes place each year so I offered to do whatever I could to help. When he told me about his plans for this year, it was really impossible not to get involved”
The duo hope that the money they raise from sponsors will help fund this year’s festival.
While both Ken and John are looking forward to their challenge with some trepidation, they are training hard to make sure they are in shape to take advantage of the right conditions.
“We want to be able to grab the moment when it comes,” explained John, who has previously raced in the Karrimor International Mountain Marathon.

“We want the river to be high enough that it carries us over rocks without any problems but not too high and it would be nice if it’s not too cold. Ideally we could do without wind too.”
As an enthusiastic runner Ken is no stranger to exercise, regularly leading a group of like-minded AMs, advisors and civil servants on early morning jaunts of up to 10 kilometres around Cardiff Bay. However, swimming the Dee will be a new experience.
“The thought of jumping into a cold river after a six mile run is somewhat daunting,” he said, “but knowing that we’re doing it for a good cause will make it all worth while.”
Sponsors can contact John and Ken via email at Johnpalmer55@hotmail.com or Ken.Skates@wales.gov.uk or contact Ken’s constituency office on 01978 869058 to pledge support.
Posted by llanblogger at 6:50 AM