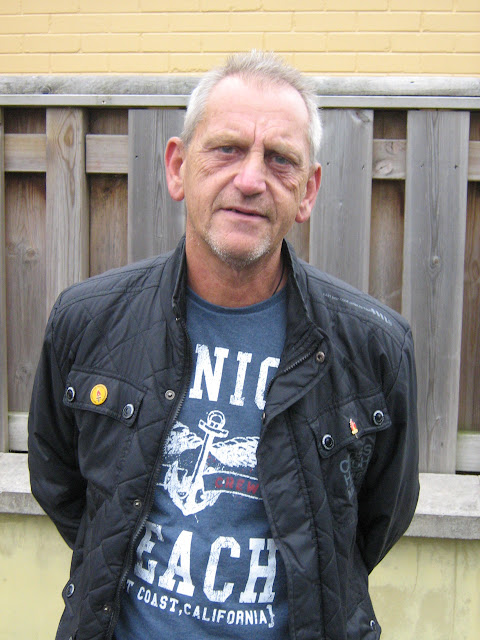 * “Kelly” Davies still sees the image of a young boy dying right next to
him on the Hillsborough terraces. 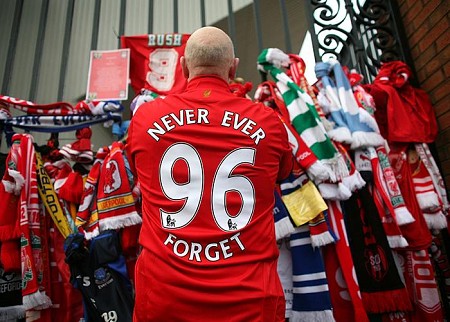 * The 96 people who died are never forgotten.


POSSIBLY the most iconic picture of the Hillsborough disaster shows an prone figure being carried away from the killing zone of the terraces by a group of Liverpool fans using a torn-down advertising hoarding as a makeshift stretcher.
That man is John Kelvin Davies - known to everyone simply as “Kelly” – who has worked at Dobson & Crowther in Llangollen for the past 40 years.
But although that dramatic scene which has been shown across the world so many times perfectly sums up the sheer horror of that day in April 1989, it is not the image that has lived with him across almost a quarter of a century.
Instead, the picture which still comes back to haunt Kelly in his nightmares is that of  the young lad he saw die right next to him as he himself fought for breath in the appalling human crush of the Leppings Lane terraces that sunny spring afternoon.
The afternoon that saw the deaths of 96 match-goers who had turned up to watch the FA Cup semi-final between Liverpool and Nottingham Forest.
And recent news that West Yorkshire chief constable Sir Norman Bettison, one of the senior police officers closely associated with Hillsborough and its aftermath, had announced his retirement brought the memories tumbling uncomfortably back for Kelly, now a thoughtful 56 year old still dedicated to the cause of securing final justice for the ones who  never made it home from the Sheffield Wednesday ground.
Although Kelly, who lives in Rhosymedre and is a machine operator at the envelope factory, rarely now speaks of his traumatic experience, he agreed to relive his own close brush with death so that people will perhaps have a better understanding of what happened.
As a lifelong home and away Liverpool fan, Kelly, then 33 and married with a four-year-old son, just had to be at the match that day.
As usual when going to his beloved team’s away games, he had arranged to travel with a group of nine fellow Liverpool devotees from Oswestry – the same lads he still goes to matches with to this day.
They headed across the Pennines in a minibus and arrived in Sheffield at about 11.30am, a little early because they had arranged to meet some fellow Liverpool fans from Newcastle in one of the city’s pubs for a quick drink before kick-off at 3pm.
But the Oswestry crowd soon discovered this wasn’t going to be possible because the local police had requested all the pubs near to the ground to close in a bid to prevent any pre-match trouble.
According to Kelly, this helps illustrate how far from the truth were later claims that the Liverpool fans were drunk before they got into the ground and therefore themselves brought about what happened to them.
He said: “We’d had a couple of cans on the bus coming over but that’s all. There was no way we were drunk and the same goes for all the Liverpool fans I saw before the match.”
Kelly recalled how, unable to get into any pub, he and his mates headed into the ground at about 2pm.
“Of course, there were hundreds going in but, at that stage, no crush,” he said.