5p carrier charge could spread to rest of UK

One year on from the introduction of Wales’ 5p bag charge, Environment Minister John Griffiths has said he can see no reason why the charge wouldn’t work just as well in other parts of the UK.
Since the charge was introduced in October 2011, carrier bag use in Wales has reduced by as much as 96% in some retail sectors, and a recent survey of attitudes indicated that the charge is now supported by around 70% of people in Wales.
The charge has also resulted in more money for charities and not for profit organisations as the Welsh Government has called on retailers to pass proceeds from the 5p charge onto environmental or good causes 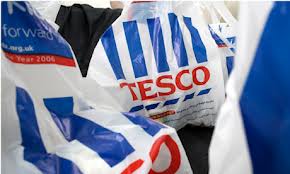 Latest figures from RSPB and Keep Wales Tidy show that collectively they have already received more than £800K in donations as a direct result of the charge. This money has come from the proceeds of bag sales at major retailers including Tesco, McDonalds, Argos, Asda and Wilkinson, and RSPB and Keep Wales Tidy are just two of many good causes to benefit.
Co-op are donating proceeds from the charge to environmental causes across Wales, and in April they pledged £75,000 to the Vincent Wildlife Trust to support a three-year project to protect Pine Martens, a rare species living on the south west Wales and in Snowdonia.
Speaking about the success of the charge, the Environment Minister said: "One year on from the introduction of our 5p bag charge it is obvious that it has made a real difference to shopping habits of people here in Wales.
“Checkouts across Wales are now full of people using their own bags to carry shopping rather than paying 5p for a new one, and it is really heartening to see people in Wales developing sustainable shopping habits and being much less wasteful with the world’s natural resources. I think the Welsh experience proves that if you want to effectively reduce carrier bag use, a charge really is the best way to go.
“I have been really impressed by the ease with which Welsh retailers and shoppers have adjusted to the charge. Their efforts have been key to its success and I can see no reason why the charge wouldn’t work just as well in other parts of the UK.”
Posted by llanblogger at 8:06 AM