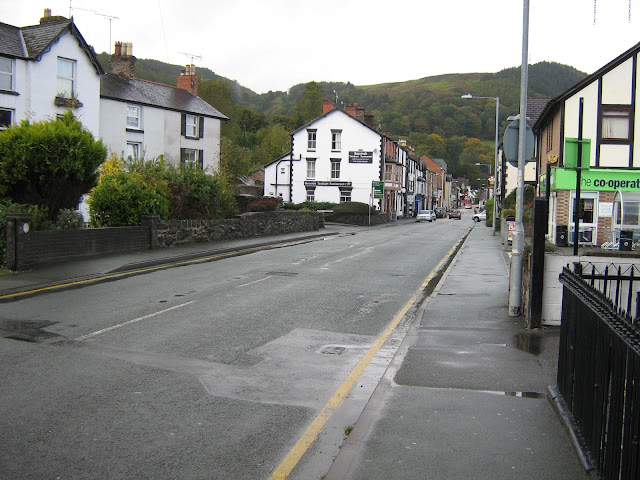 * The A5 is one the area's of town affected by parking problems.
The problem of parking came up for discussion by members of the Town Council at their meeting on Tuesday night.
Cllr Mike Pugh said “lots of liberties” with parking were being taken in Castle Street in particular.
He revealed how he had recently seen a vehicle left parked right by the traffic lights without attracting the attention of enforcement wardens.
Cllr Pugh added: “There ought to be a system where people are prosecuted for things like this by the traffic wardens or the police.”
Concerns were also raised about parking on the busy A5 opposite Stan’s store.
Cllr Tim Palmer said there was a “strong argument” for the whole of Berwyn Street and Regent Street, which form the main A5 through the town, having double yellow lines to prevent all parking.
It was agreed that all these concerns should be raised with the county council or the police.
Posted by llanblogger at 8:34 AM