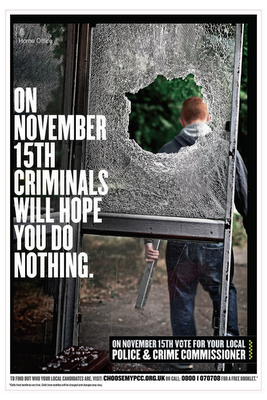 Many people have only just cottoned on to

the fact that elections for police and crime

commissioners will be held in just a month’s time.

And as people seem a bit vague on what it's all about, we are bringing you this quick guide to the elections ...

On November 15  the public of North Wales and in 41 other police areas across England and Wales will go to the polls to elect the first Police and Crime Commissioners (PCCs).
The Government’s intention in introducing these reforms to police governance is to give the public a direct say in policing in their area through the ballot box.
The Role
The PCC will hold police forces and Chief Constables to account.
PCCs will set local policing priorities and decide how your council tax is spent on crime and policing issues, including the level of council tax that is raised for policing (the policing precept). As well as planning policing budgets PCCs will also:
Responsibilities
PCCs will be elected for four years and will be required to publish a police and crime plan. This will set out the police and crime objectives of the force area.
Chief constables will remain responsible for operational matters, however PPCs will have the authority to hire and, if necessary, dismiss the chief constable.
Scrutiny
PCCs will be scrutinised by Police and Crime Panels (PCPs), which will be formed of a minimum of 10 representatives from the local authorities in the force area. The duties of the panel include:
Pay
In North Wales - £70,000 p.a.


Who can stand for election?
Candidates must:
While the final list of candidates will be announced on October 19, those who have announced their candidacy so far are:

TAL MICHAEL - Labour
Former chief executive of North Wales Police Authority who resigned in order to run for the Labour nomination.
He is a Welsh speaker and believes the role of commissioner is to be a bridge between the community and the police.
He has pledged to focus on victims who most need help and to ensure that when people are let down that the police apologises and takes action to ensure it does not happen again.
Mr Michael, who lives in Colwyn Bay, also says he would fight for "fair resources" from the UK government.

RICHARD HIBBS - Independent
A businessman who has lived in Llandudno for 18 years, he is a Welsh learner and runs a national training programme for mental health professionals in the UK and the Republic of Ireland.
He says he will be independent of party politics
He has pledged to be tough on bureaucracy and would bring in a Scandinavian-style zero tolerance on drugs and excessive drinking.
He also says he would provide police stations where members of the public actually want them. 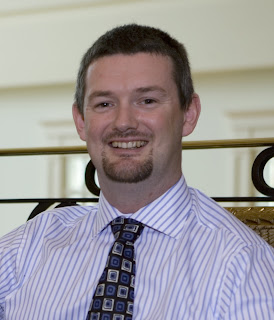 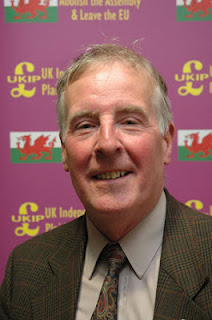 COLM McCABE - Conservatives
Born in County Tipperary, Ireland, he runs a charity which teaches life skills to young people through sport, and a former chief officer for the Special Constabulary in North Wales.
He says his priorities will be to reduce crime and make North Wales' communities safer places to live through tackling anti-social behaviour, reckless and dangerous driving, and by taking a zero tolerance approach to drugs.
He said he looked forward to campaigning and meeting residents to discuss their views on policing in the area.

WARWICK NICHOLSON - UKIP
Born in Salford in Greater Manchester, is a retired police officer who served with Greater Manchester Police for 31 years.
He now lives on a farm in Cyffylliog, Denbighshire, and is a part-time caretaker at Ysgol Cyffylliog.
He says his priorities are re-engaging the police and the public and to ensure the chief constable is free from political interference.
He says he will also examine the role of chief constables.

* For more information, see the website http://www.homeoffice.gov.uk/police/police-crime-commissioners/
Posted by llanblogger at 4:57 PM