Transatlantic couple board the Wedding Belle 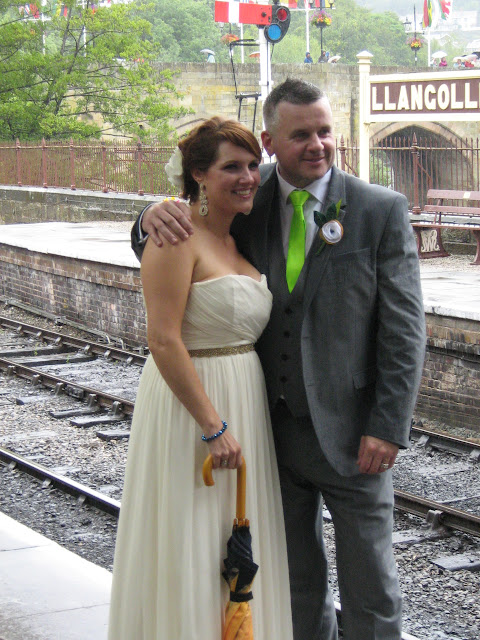 * Kristie and Duvain on the platform. 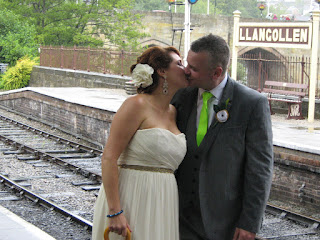 Bride is from Fort Worth, Texas

There was a definite transatlantic flavour to an event at Llangollen Station this afternoon (Friday).
After being married at the nearby English Methodist Church just a little earlier Duvain Ashe-Kenny took his new bride Kristie for a train ride on the world-famous steam railway through a rain-swept Dee Valley.
Kristie, 34, is from Fort Worth, Texas and the 39-year-old Duvain hails from Denbigh, although he is originally from Liverpool.
The couple, who will now make their home in the US, met three years ago at a Thanksgiving Day party in Keller, Texas.
Because Duvain was living in Wales at the time they conducted a long-distance romance.
On the 3pm train from Llangollen, which bore a “Wedding Special” nameplate on the engine, they were accompanied by friends and relatives who occupied a specially reserved carriage.
The newlyweds, who later enjoyed a wedding reception at the Royal Hotel, chose Llangollen for their big day as Kristie can trace her roots back to the area.
The bride wasn’t the only visitor from across the Atlantic today.
Earlier, 89 American and Canadian passengers from the cruise ship Prinsendam, which docked at Liverpool, boarded the 1pm train for a trip along the line to Carrog.
Posted by llanblogger at 3:36 PM