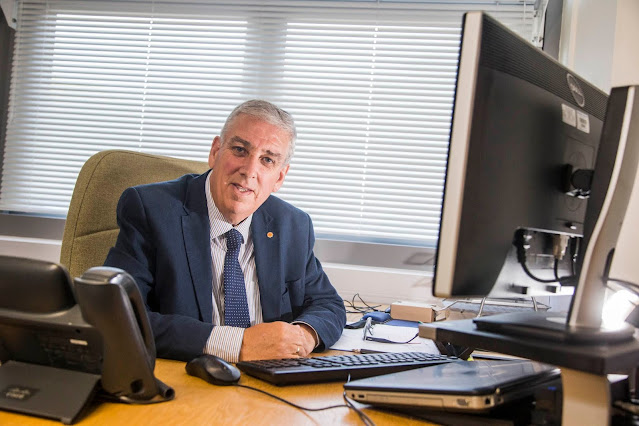 A police boss fears there will be an influx people flocking across the border into North Wales on shopping trips and days out in an attempt to escape the national lockdown in England.

North Wales Police and Crime Commissioner Arfon Jones (pictured) blames Boris Johnson for ignoring the clear advice of scientific advisors to impose an earlier circuit-breaker lockdown which would have coincided with 17-day firebreak in Wales.

Mr Jones, a former police inspector, is concerned that the UK Prime Minister’s decision to snub expert scientific advice will encourage people from the North West to head to places like Broughton Shopping Park which is just 400 metres inside the Welsh border.

Relaxing the restrictions in Wales meant shops selling non-essential goods and pubs and restaurants would once again be able to trade while they were closed in England.

The upshot of Mr Johnson’s “cavalier and irresponsible” approach was that it was going to make life unnecessarily more difficult for North Wales Police after the end of the firebreak in Wales.

The commissioner said: “It’s going to have implications for policing in North Wales because I think people will be tempted to cross the border to  pop into Wrexham for a drink or go to retail centres like Broughton Shopping Park.

“As always, North Wales Police will be stepping up to the plate with high visibility policing similar to when the first national lockdown was imposed in March.

“We’ll be carrying on doing the four Es – encourage educate, engage and finally enforce if people continue to flout the rule.

“This is all about stopping the spread of this deadly virus and we expect everybody to take personal responsibility and comply with the rules like most people in Wales have been doing for the last seventeen days.

“We policed the first lockdown quite successfully and we’ll continue to do so but its’ an additional burden that we could do without but we are where we are.

“My message to anybody tempted to cross the border into Wales without a legitimate reason is to stay home so we can keep people safe and save lives.

“This situation where we have two sets of different rules either side of the border could and should have been avoided because it’s making life more complicated for everybody.

“If Boris Johnson had followed SAGE’s advice on September 21 like Mark Drakeford did, we would have had a lockdown at the same time.

“The Welsh Government in fairness seem to have been doing the right thing and Boris seems to have been ignoring the scientific advice which is irresponsible.

“With some notable exceptions, the Welsh Government played a blinder although the shambles around essential or non-essential shopping was not their finest moment.

“Boris and the Chancellor, Rishi Sunak have put the economy first while here in Wales we’ve put health first and that absolutely the right order of priority in my book.

“Many people have made huge sacrifices to live within the rules, both before and during the firebreak.

“We now need to make sure that the effort we have made together is not wasted, and we do not have to undergo a further firebreak later in the year.”

Posted by llanblogger at 6:59 AM