Former Llan PE man could have a role at Wrexham FC, suggests story 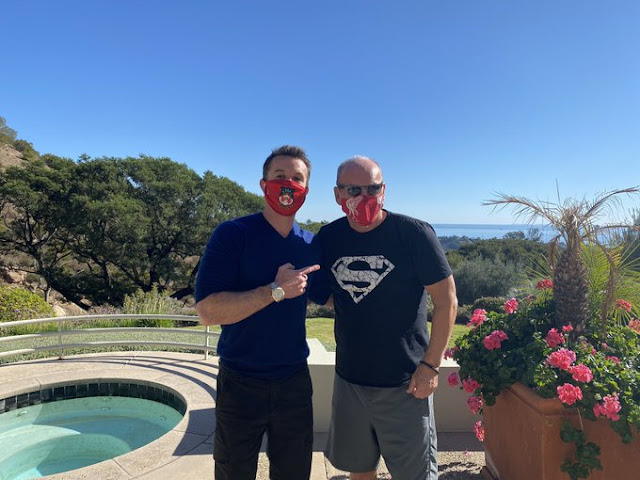 * The picture by Rob McElhenney that appeared on Twitter.

Hollywood star Rob McElhenney has hinted that a former PE teacher in Llangollen could have a role in the new-look Wrexham FC, suggests a story in Welsh news service Nation.Cymru.

McElhenney, who recently sealed a deal for the club alongside fellow star Ryan Reynolds, tweeted that he would “never get into an airplane unless you trust the people flying it” and included a picture of himself standing next to Peter Moore, who is also a former Liverpool CEO.

He was wearing a Wrexham AFC face mask and Peter Moore a Liverpool FC facemask.

The story says Moore, 66, spent three years as CEO at Anfield having arrived in June 2017 and oversaw a period of growth and success on and off the field before handing over the reins to Billy Hogan at the end of August.

He had previously been linked with a return to the game to oversee the challenge of getting Wrexham into gear in the event of a successful takeover by stars Ryan Reynolds and Rob McElhenney.

The former Reebok, Sega, Microsoft and EA Sports executive has his roots in Wales and recently became honorary president of Gresford Athletic, a lower-tier Welsh side that plays four miles from the Racecourse Stadium.

Moore was a PE teacher at Ysgol Dinas Bran in Llangollen before moving to the United States.