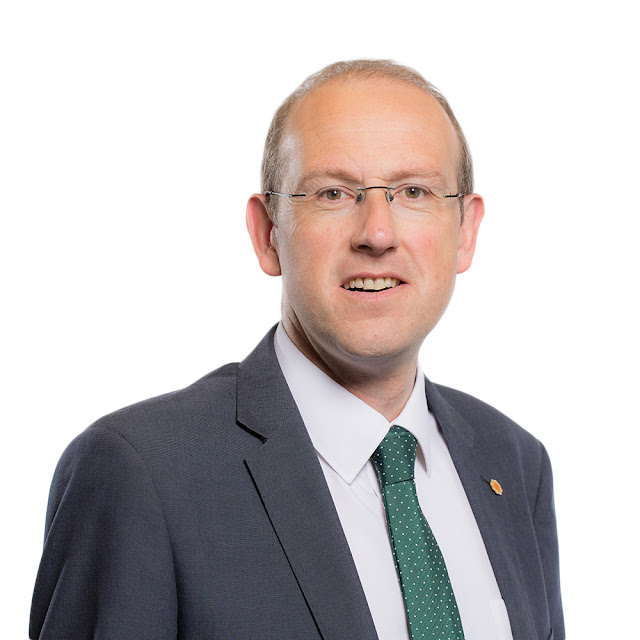 Plaid Cymru's current Member of the Senedd for North Wales has been chosen to fight to represent the Clwyd South constituency.

Llyr Gruffydd (pictured) has been the North Wales MS for the past nine years and is the party's shadow minister for Energy, the Environment and Rural Affairs.

The Clwyd South constituency has been represented since 2011 by Labour's Ken Skates, who is also the Welsh Government's Minister for Economy, Transport and North Wales.

Mr Gruffydd, a father of four, has been at the forefront of campaigns to defend nurses facing extra unpaid shifts at Betsi Cadwaladr health board, plans to privatise dialysis services and also been a fierce critic of the over-use of management consultants by the NHS.

Mr Gruffydd said: "I'm grateful that the local party membership has chosen me. Clwyd South is a microcosm of Wales - rural communities, towns, urban villages and a very varied economy that is a mix of industry, public services, farming and tourism. It stretches from the border near Whitchurch to Llandrillo near Bala and includes Llangollen and the urban villages of Wrexham.

"This part of Wales desperately needs fresh vision for the coming five years, so that we can recover and succeed despite the full impact of the Covid pandemic and Brexit shambles hitting the local economy and hard-pressed local services.

"These communities have had it hard - Brymbo for example lost a steelworks in 1990 and it's taken decades to recover. Many others have suffered a decade of cuts and austerity only to find that the Tories have belatedly found a magic money tree when it comes to dealing with the Covid-19 pandemic. That's come too late for many self-employed and small businesses that have fallen through the net and also many workers who have sadly lost their jobs as a result of the situation. My priority is to work with my Plaid Cymru colleagues to build a stronger Welsh economy that will offer people fresh hope after so many setbacks and uncertainty."

Mr Gruffydd added: "I'm passionate about ensuring a better future for our children. That means a greener, cleaner future for Wales and the world. The growth in renewable energy - much of it community owned such as Corwen Hydro - points in the right direction and Wales can lead the way on this.

"The environment also impacts our health and well-being - the fires earlier this year at Kronospan and the Hafod tip have both been wake-up calls about ensuring our health is at the heart of our priorities.

"That's why I've also been campaigning with local residents to improve healthcare in the rural South Maelor area around Hanmer, where a cross-party campaign seems to be bearing fruit after years of neglect."

Until recently, Clwyd South had been a Labour stronghold both in Cardiff and Westminster.

But Welsh Conservative Simon Baynes was elected as the area's MP in 2019 bringing to an end 22 years under Labour.