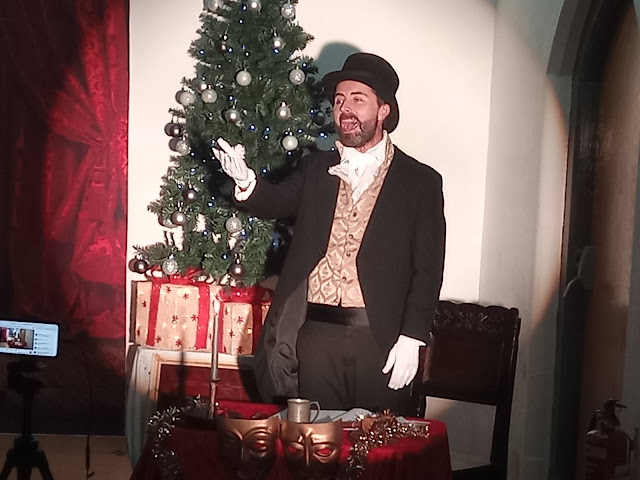 Unable to perform before their usual audience due to the pandemic they observed strict social distancing to livestream their hour-long mixture of song and fun on their own Facebook page.

Their aim was to bring a little pre-festive light to a grimly locked-down world.

And hundreds from across the UK and abroad tuned in to watch them.

Acts were accompanied on the piano by Owen Roberts.

Presented as usual by their founder Father Lee Taylor, vicar of St Collen’s, who opened with his traditional brand of patter, the whole thing kicked off with a rousing version of Couple of Swells from Julie Thomas and Gethin Davies. 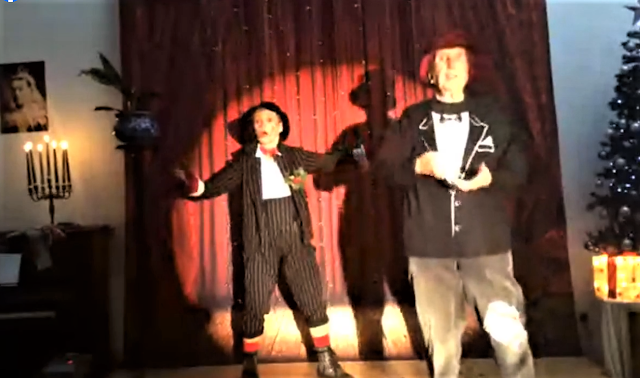 * Julie Thomas and Gethin Davies are a couple of swells.

Next to take to the stage was Phil Robinson reprising a couple of music hall favourites, Champagne Charlie and The Spaniard That Blighted My Life. 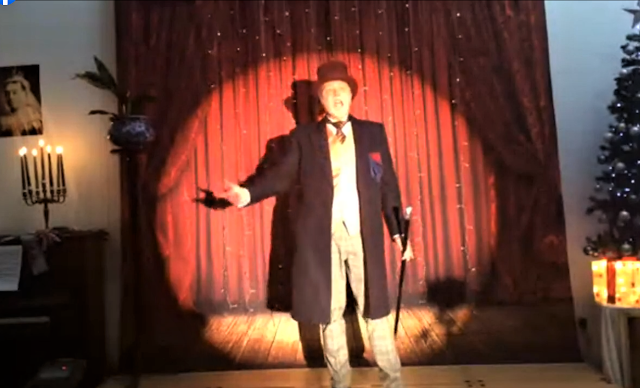 Things were slowed down beautifully when Susan Stokes sang Wouldn’t It Be Lovely from My Fair Lady and O Holy Night. 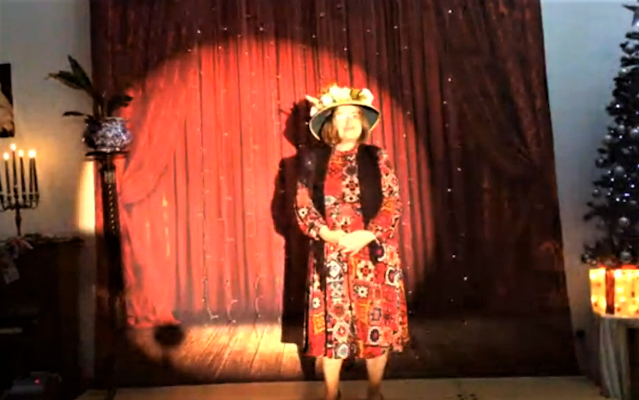 The show stayed in reflective mood as Mike Connolly presented the very seasonal Do You Hear What I Hear? And Adeste Fidelis. 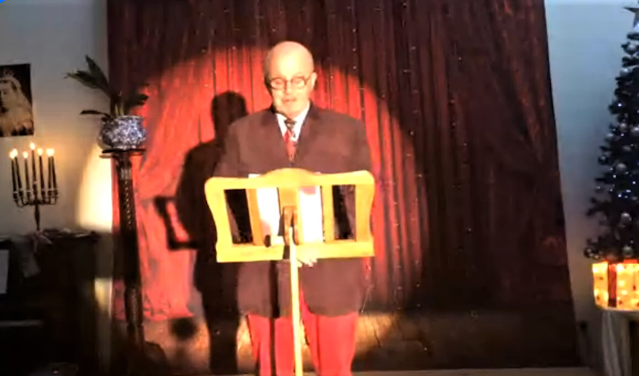 Gethin Davies returned for a light-hearted couple of numbers, My Old Dutch and Have Some Madeira M’Dear. 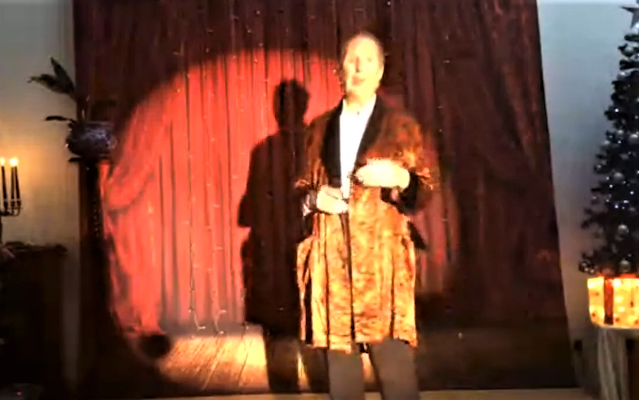 Young Shea Ferron, who also arranged the technical bits of the show, switched into his other mode as a talented singer to ring out If I Can’t Love Her from Beauty and the Beast and the poignant Christmas in the Trenches. 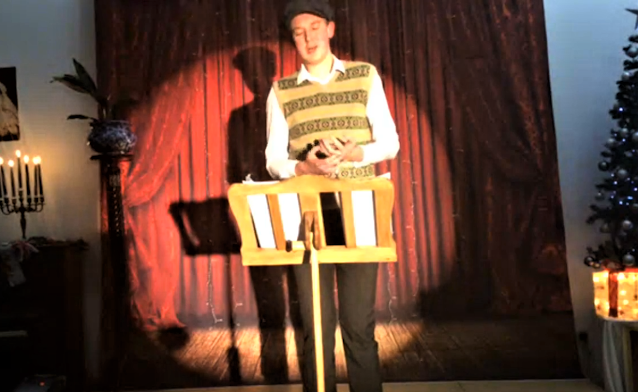 * Shea Ferron sings the moving Christmas in the Trenches.

There was more music hall-style patter from Father Lee – including the naughty Marrow Song - before special guest Santa Claus was called up to deliver a Christmas message which spoke of Llangollen’s resilience in the face of the ongoing pandemic.

The show ended on just the right note with a rousing version of White Christmas. 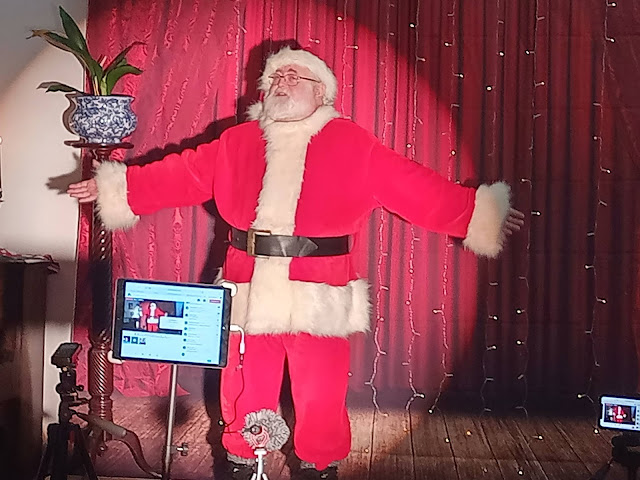 * Santa Claus, a close associate of the new Town Mayor, Austin "Chem" Cheminais, delivers his Christmas message.
* A recording of the show can be seen at: https://www.facebook.com/collenplayers
Posted by llanblogger at 8:15 AM