VW tees off with a new Golf model 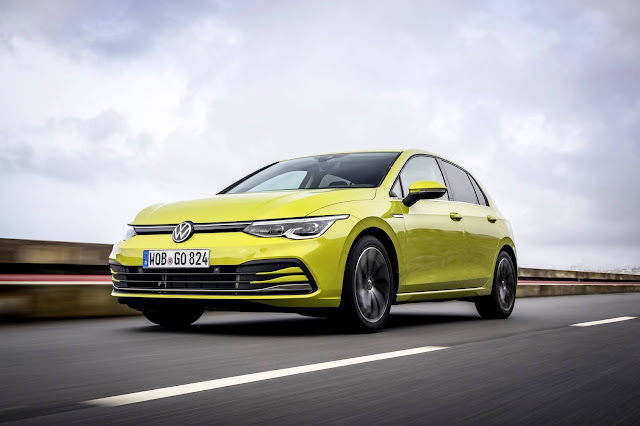 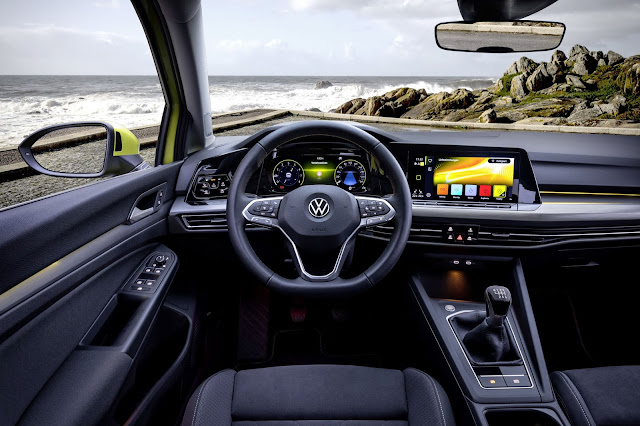 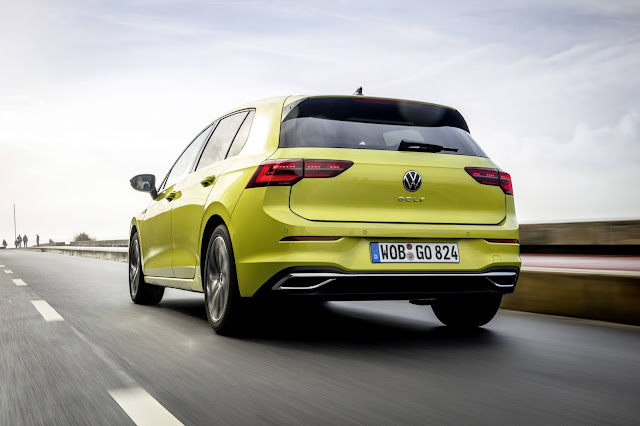 This is a Golf the like of which you have never seen before.

There is no doubting its design pedigree, the Golf DNA is as clear as day even after 45 years. The roof line is lower and it's a little less boxy than the seventies original but once a Golf always a Golf.

No, the big difference with Volkswagen's eighth iteration of its iconic hatchback is inside where the designers have torn up the rule book and embraced 21st century technology which is moving at a frantic pace.

So the driver is faced with what is best described as a miniature version of a wide screen TV. There are no switches, everything is controlled by sliders and touch panel or voice control although VW has work to do there. More on that later.

Not that Volkswagen is the first to take high tech to the next level, in fact they have been lagging behind mainstream rivals Peugeot and Volvo, while cousins Audi first dabbled with the virtual cockpit concept six or seven years ago.

The advantage of coming up on the rails is that you can learn from the mistakes of others and VW seems to have nailed its high tech cockpit with the Golf.

Using technology similar to the best smart phones the car offers a myriad of functions and a mass of information all of which can be accessed either from the steering wheel or a comprehensive menu in the 10 inch touchscreen.

It is as well to spend time learning how to use everything on offer, and trust me, there is a lot to learn. Although it looks like one wide unit it is split in two with an interchangeable driver's binnacle controlled from touch pads on the steering wheel and the central touchscreen.

That's the business end, the infotainment centre where you will find all manner of functions relating to the car's safety features, checking mechanisms, navigation, radio and simple things like changing the colour of the ambient lighting.

An interesting feature is a text style message telling you to lift off the accelerator when approaching a junction to help with economy so here is a car where you can't put a foot wrong.

I mastered the systems after about three days but the likelihood is you will only need to select radio or navigation from the menu on a regular basis. Changing the instrument binnacle becomes second nature and is picked up in no time.

Then there is voice control although this did not work so well. Choosing a destination is pretty straight forward but I had no success in changing or selecting a radio station and adjusting the heating was not available. The Volvo system is far superior so improvements need to be made.

Wisely VW provide a couple of options for the heating controls. There is nothing worse than having to go through the rigmarole of the touchscreen menu just to adjust the temperature or fan speed so the basic controls are separate touch pads in the centre console with a quick key giving access to the full works on screen.

For now Volkswagen is offering three trim levels, Life, Style and R-Line with three petrol and two diesel options. A few years ago I would have pointed people in the direction of diesel but not anymore. Petrol is now the favourite, and rightly so. There is a three-cylinder one litre which is stunningly good, and a 1.5 litre with 128 or 147bhp.

My test car came with the 147 version and that too is brilliant. You would not expect to get such strong performance from a relatively small engine but this is a gem with sharp pick up and long power delivery. Yet my lasting memory is the Golf's economy.

It is rare to beat the official fuel consumption figures but I just didn't beat them, I trashed them. A cross country 110 mile trip to the Cotswolds returned 56.6mpg and my return, mainly on motorway, yielded 57mpg cruising for long periods at 70mph. My week's motoring averaged 54mpg.

Golf has been battling for years with Ford Focus for the best hatchback crown. I think it is a bit of nonsense as there are any number of first class models out there and in the majority of cases it is personal choice.

I thought the Golf excellent and was mightily impressed with the new cockpit but still prefer the Mazda3, not because it is any better but is my choice.