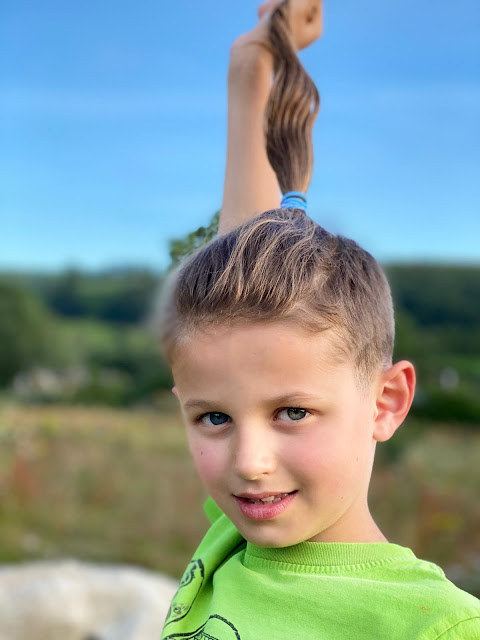 * Charlie holds up his two-year-old ponytail. 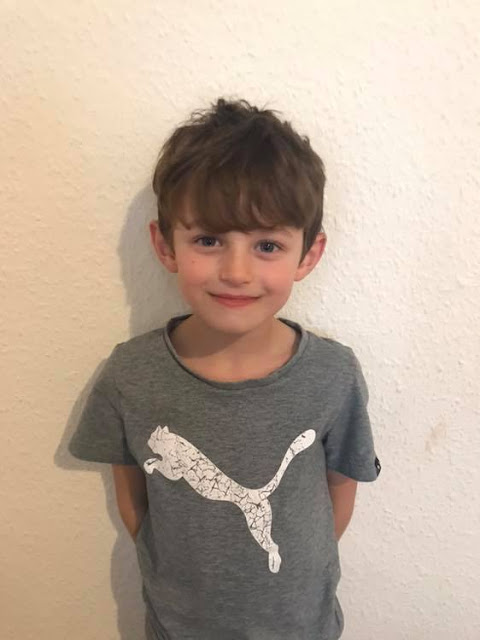 * Before he started growing his hair. 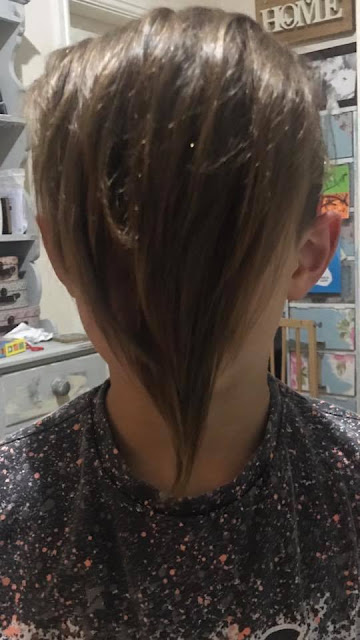 * Ready for the big haircut on Saturday.

A Llangollen boy who has spent the past two years without having a single haircut will finally be sitting in the barber’s chair on Saturday.

And he is hoping to raise funds for the Little Princess Trust Charity through his shorn locks.

Nine-year-old Ysgol Bryn Collen pupil Charlie Jones has been growing his hair since he saw a documentary on TV about children living with cancer back in September 2018.

Many of the children in the programme had lost their hair due to the effects of their treatment and after discussing this further with his mum Charlie decided to do something to help.

“I saw the children on the telly and some of them were sad because they were bald. Mum told me that this was a side-effect of the treatment they were having and it just made me feel really sorry for them," said Charlie.

So he took to the internet to learn more about how cancer treatment can cause hair loss and discovered the Little Princess Trust, a charity that manufactures and supplies custom-made wigs for children who have lost their hair through cancer treatment and other causes.

Their wigs are made from real hair donations that are sent in from people wanting to help.
Charlie’s mum Vicky said that as soon as Charlie learned of the Little Princess Trust he immediately knew that he wanted to donate to them and help children like those he’d seen on TV.

Vicky said: “He was so insistent that he wanted to grow his hair – initially for one year - that there was no stopping him.

"I think it’s really nice that he wanted to help other children in this way and although he may have looked a little scruffy at times all of his family and friends have been right behind him.

“He got to one year without a haircut and decided he wanted to go for another year so he could give more hair in one go and now two years on I think he’s actually looking forward to having it cut at last.”

Charlie has been busy gaining sponsors for his hair-growing challenge and a Just Giving page has been set up to enable further donations to be made as he bids to not only donate his hair, but also to raise funds for the charity.

He will finally have his hair cut publicly in the centre of Llangollen at 2pm on Saturday close to the cenotaph where there will be collections for those who wish to make a donation on the day.

* Charlie’s Just Giving page can be found at https://www.justgiving.com/fundraising/charlie-hair-grow
Posted by llanblogger at 10:37 AM