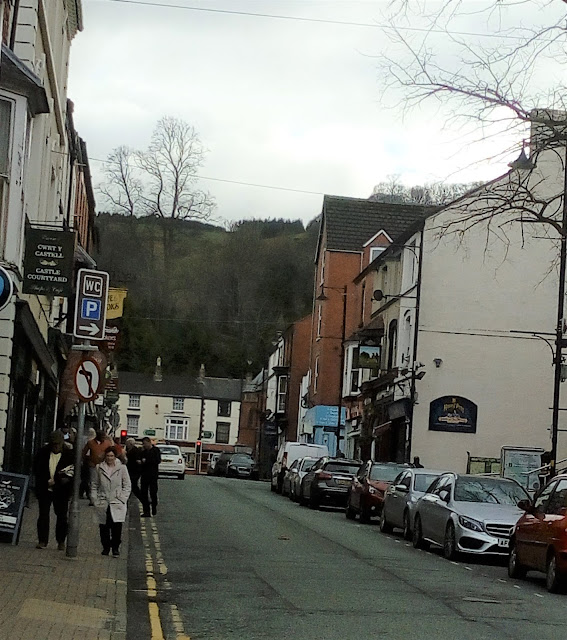 The council had successfully bid for Welsh Government funds to introduce local sustainable transport measures in response to covid-19 in the four town centres.

The funding would be used to promote walking and cycling, to facilitate social distancing measures, to encourage businesses to expand their offer outside their premises and to support residents and visitors to feel safe.

Following consultation, the proposals for Llangollen and Ruthin have been approved.

The plans for Llangollen involve widening pavements for shared pedestrian/cyclist use along designated streets.

The Rhyl proposal has been approved in principle, but there will be alterations to certain aspects of the scheme.

These alterations will be circulated to all relevant stakeholders before proceeding with the final project implementation.

The original proposals for Denbigh have been withdrawn after extensive feedback was received from the public.

The council will go back to the drawing board and consider whether there are alternative options for Denbigh to help facilitate social distancing whilst encouraging walking and cycling.

The plans for Ruthin included the introduction of one-way roads for traffic on Market Street and Well Street.

The proposals for Rhyl involve improving shared space for pedestrians and cyclists in key areas of Rhyl between the railway station and the National Cycling Route along the promenade.
This also reflects the commitment in the Rhyl Masterplan to enhance sustainable active travel in the town.

The original proposals for Denbigh included a one-way system on Vale Street, High Street and Bridge Street; improved areas for pedestrians and cyclists; the closure to vehicles of the northern side of High Street.and a temporary 20mph speed limits would have been introduced on some town roads.

The plans were refused due to concerns raised by business owners and residents about the scale of the proposals.

The council will draw up new proposals for Denbigh and will be engaging with the local community in due course.

Councillor Brian Jones, Cabinet Lead Member for Highways, Transport and the Environment, said: “We would like to thank members of the public for getting involved in the consultations. Representations were received via an online survey, emails, written letters, telephone calls, e-petitions and through social media.

“Active travel has become a more prominent issue in recent times, with covid-19 allowing people the opportunity to walk more or to get on bikes as a means of getting out and about. The funding made available was to be used to promote active travel and allowing councils to introduce measures that would help protect people’s safety through social distancing, we well as  encouraging more people to visit our town centre businesses.

“We fully recognise the quick turnaround but we were only given a short amount of notice to apply for the Welsh Government funding and we needed to get our plans drawn up and submitted very quickly, to make sure our communities did not miss out on the funding.

“We had community engagement plans planned and agreed to carry out a consultation on the proposals.

"There was generally strong support for the plans for Llangollen, Ruthin and Rhyl and we were happy to support these proposals going forward and will now plan to implement the measures.   Further details will be announced in due course and the work will be monitored on a regular basis.

“However, in Denbigh there were significant number of people objecting to the original proposals put forward. We have considered people’s responses at great length and we have listened to their views. Clearly there was no appetite from the local community to move forward with the plans, so the Denbigh plans will not go ahead as they stand."

Posted by llanblogger at 6:29 PM