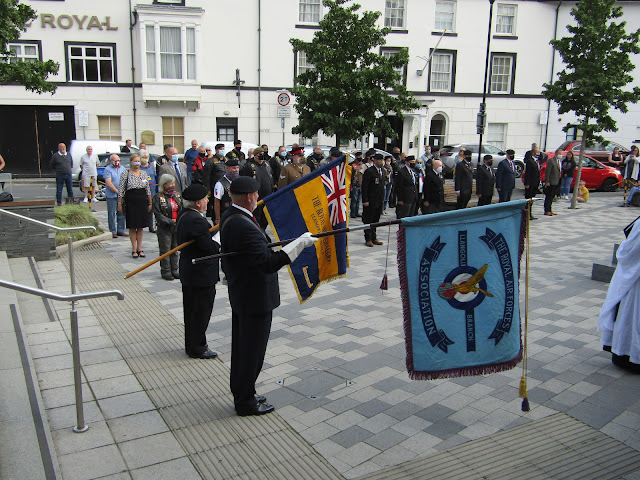 The special ceremony to commemorate the end of the Second World War in the Far East had to be curtailed due to the coronavirus situation and there was not be the usual march through town led by the Silver Band.

The group from the branch including its standard bearers formed up at the war memorial to be joined by 15 of the Legion's riders.

The Service of Remembrance, led by the Vicar of Llangollen Father Lee Taylor, began shortly before 11am.

Everyone taking part in the parade wore face coverings and were spaced out to meet social distancing requirements.

Although there was no march or band the traditional two minutes' silence was observed and pre-recorded versions of Last Post and Reveille were played before the laying of a poppy wreath took place along with the recitation of the moving Kohima Epitaph which includes the famous line "for your tomorrow we gave our today".

The ceremony ended with prayers and a blessing from Father Lee.

To coincide with the ceremony in the square the tenor bell - the heaviest of the eight bells at over 16cwt- in the tower at St Collen's Church was tolled 75 times at 11am. 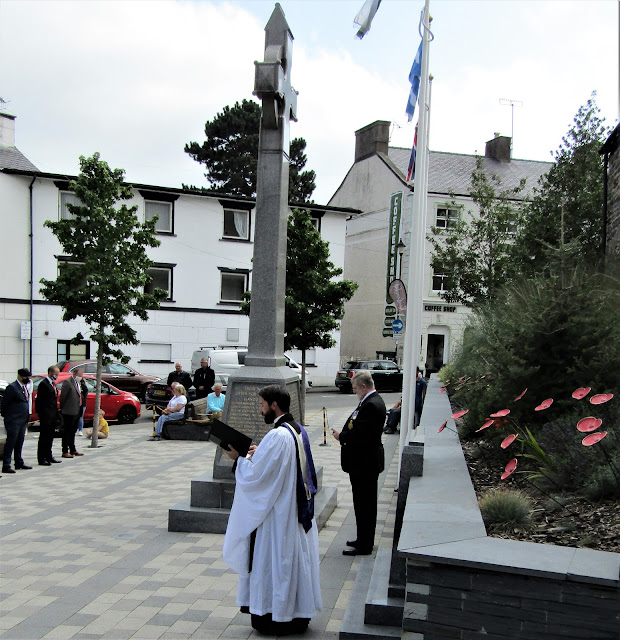 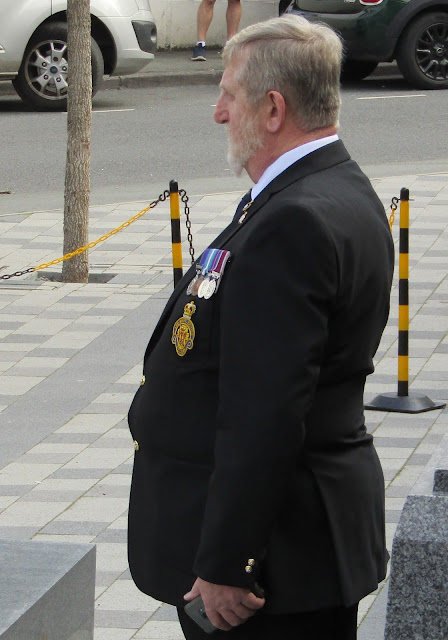 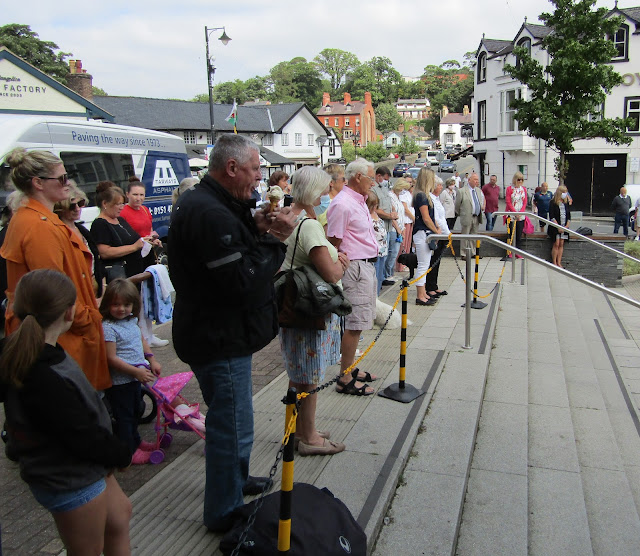 * Onlookers watch the ceremony in the square.
Posted by llanblogger at 2:38 PM