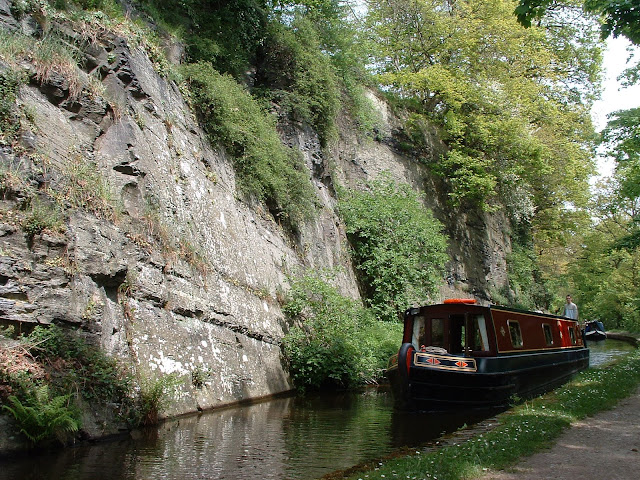 * A section of the Llangollen Canal.

Leaderlive is reporting this afternoon that a man's body was found in the Llangollen Canal yesterday morning.

The story says: "The Canal and River Trust advised the public that the canal and towpath were closed between Bryn-Ceirch Bridge and Bryn-Howell Bridge on Thursday morning.

"North Wales Police confirmed on Friday afternoon that officers were called to the scene just after 7.25am on Thursday.
"A spokesman for the force said: 'Sadly a man’s body was found in the Llangollen Canal.'"
See the story at: https://www.leaderlive.co.uk/news/18652758.mans-body-found-llangollen-canal/?fbclid=IwAR2CaYt0S5UbDGC-_zDdg20oXGHrYmAK1bGBpoJWUxQRHDiM9i2erl-75VI
Posted by llanblogger at 6:06 PM