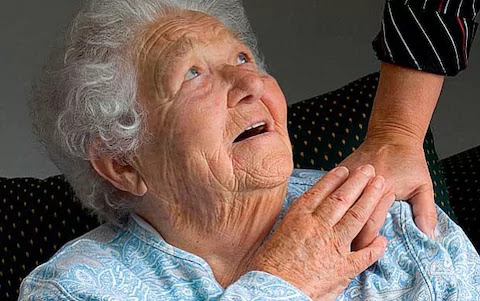 Although it is now August, this funding covers the period from July 1st, and leading figures in the care sector have claimed it discriminates against care providers in North Wales in favour of those in the south of the country.

Mr Isherwood has been calling for more support for care homes in North Wales since June and has challenged the Health Minister over the matter on a number of occasions during virtual Plenary meetings of the Welsh Parliament in recent months.

Therefore, whilst welcoming the additional support package, he is disappointed that care home providers in North Wales will receive substantially less than those in South Wales.

He said: “Once again, care home providers in the North are the poor relations.

"As Mario Kreft MBE, the Chair of Care Forum Wales has stated: 'Funding is allocated via local councils and health boards which means we essentially have 29 variations on a theme which is an absolute nonsense. The vast majority of care home residents are publicly funded and providers have been forced to dance to the varying tunes of local councils for a generation. The absurdity of the situation was recently highlighted by the Cheapskate Awards handed out by Care Forum Wales which illustrated the unfair post code lottery plaguing the sector in Wales.'

“Five North Wales Local Authorities were presented with Cheapskate Awards for paying amongst the lowest care home fees in Wales amid the coronavirus crisis, with an inbuilt North-South divide.

“Sadly, care homes in North Wales are being left behind when it comes to funding, despite calls from myself, other politicians and the sector, for North Wales to be treated fairly.

“As Care Forum Wales have said, the overwhelming priority now must be ‘to devise a national action plan to implement long-term structural change to mend a system that’s broken and fragmented’.”

Mr Isherwood added: “Aside from the unfairness of the system, Care Forum Wales have also warned that this additional funding will serve only as a ‘temporary sticking plaster’.

"The Health Minister has said he will review the situation in September, but the majority of care home providers cannot wait until then. They need action now from the Minister to balance the system and alleviate as far as possible the likely impacts of any second wave of Covid-19 infections, and the routine seasonal flus and other pressures that the latter part of the year will bring, so that care homes and nursing homes can support NHS Wales through this coming winter.”
Posted by llanblogger at 8:21 AM