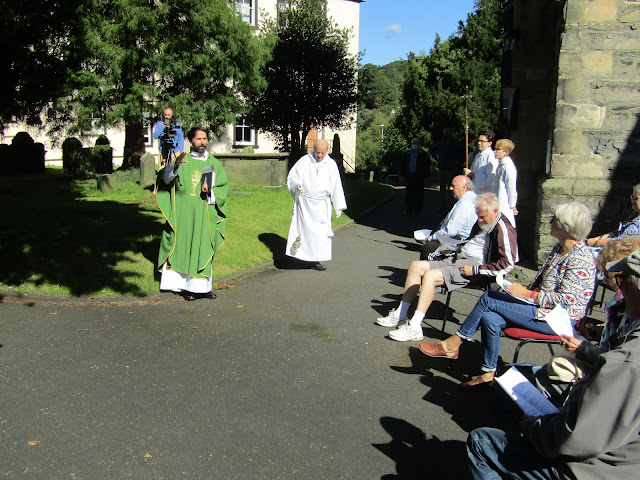 * Father Lee gives the blessing to parishioners outside the church. 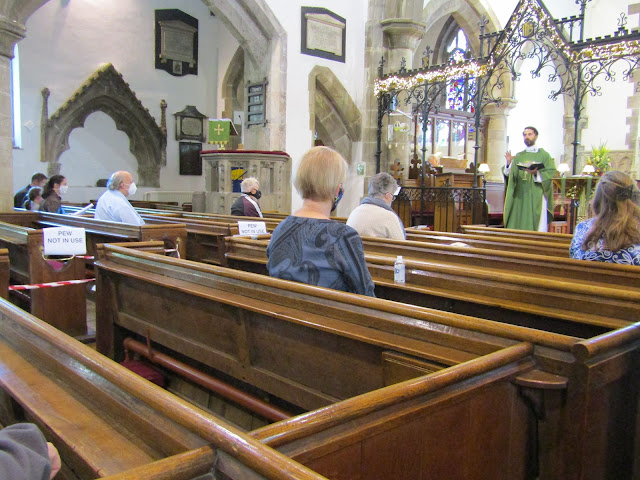 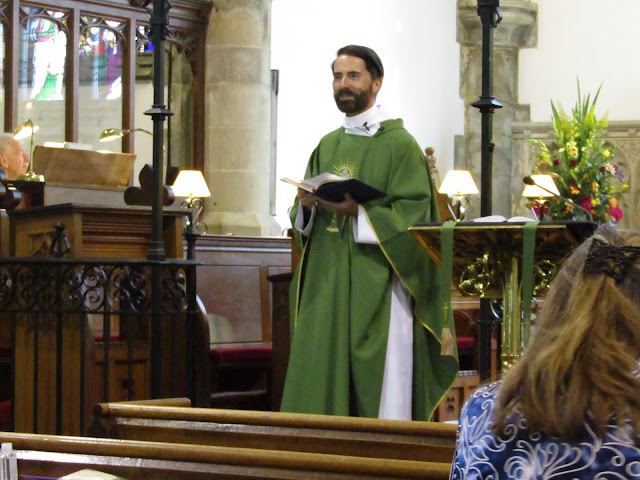 * Father Lee leads worship inside the church for the first time in 22 weeks.

After 22 weeks in lockdown St Collen's Church finally opened for worship with a congregation this morning (Sunday).

Vicar, Father Lee Taylor, began with a blessing ceremony outside the building before over 50 worshippers, who were requested to wear masks, filed inside the church which had been specially prepared with extra space between the pews to allow proper distancing and hand sanitization.

Before going inside people had their temperature taken.

No hymns were allowed but there was a full service including the celebration of Holy Communion.

Later everyone was invited to a barbecue in the car park  prepared by Fabiano Silva.

In his address, Father Lee spoke of how challenging lockdown had been including the cancellation of 21 weddings due to have been held in church.

It was revealed that during the period from June when only private worship had been allowed 773 people had visited St Collen's.
Posted by llanblogger at 1:20 PM