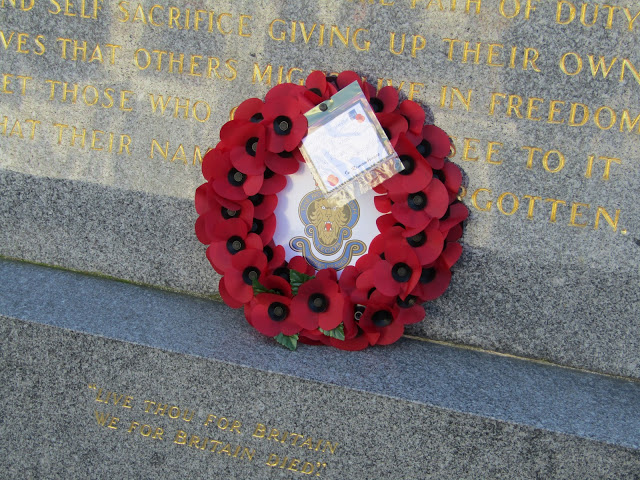 * The traditional poppy wreath will be laid on the war memorial.

Llangollen Royal British Legion has given details of how it will be marking the 75th anniversary of VJ - Victory over Japan - Day next Saturday, August 15.

The ceremony to commemorate the end of the Secon World War in the Far East will be curtailed due to the coronavirus situation and there will be not be the usual march through town led by a band.

Branch chair Phil Stroud said: "We will form up at the war memorial in Centenary Square for 10,50am and will be joined by 15 of the Legion's riders.

"The Service of Remembrance will start at 10.55am.

"There are likely to be approximately 30 people on parade and, wearing masks, we will be arm's distance to meet the two-metre rule.

"There will be no march nor a band but the traditional Last Post and Reveille will be played through the PA system.

"A poppy wreath will be laid at the war memorial."


As a matter of interest, the bell weighs over 16cwt. 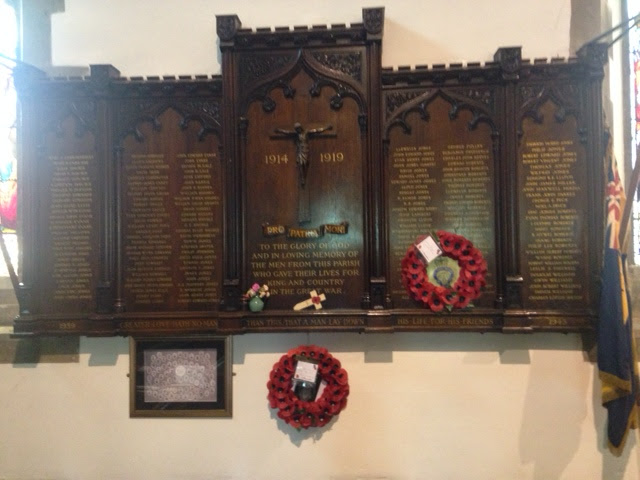 * The war memorial inside St Collen's Church.
Posted by llanblogger at 6:51 AM