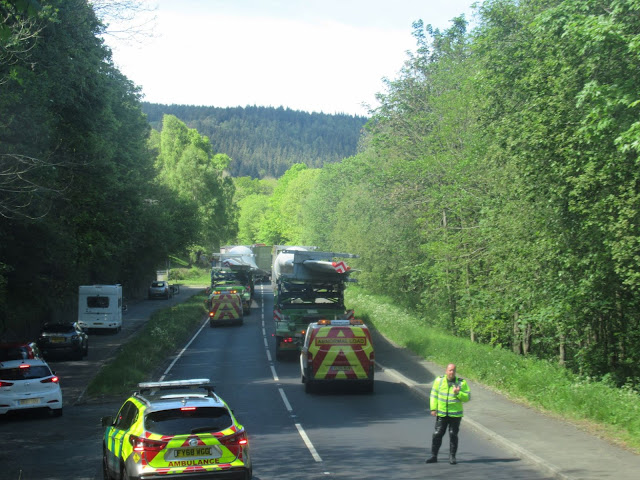 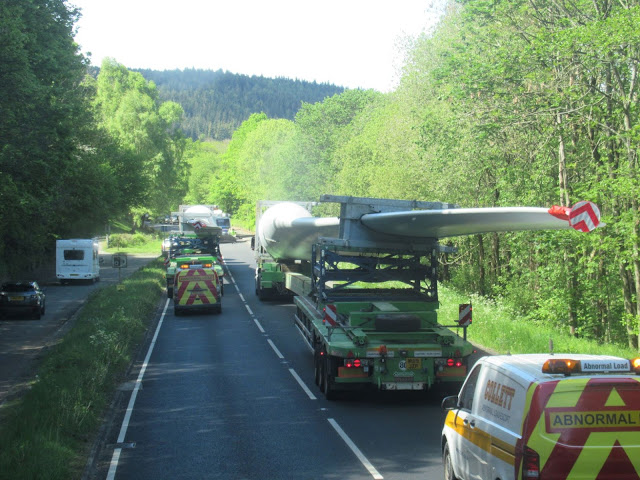 llanblogger reader George Jones was travelling on the 11am T3 bus from Wrexham to Corwen on Tuesday when the regular abnormal load of wind turbines was encountered on the A5 west of the tollgate on the section through Glyndyfrdwy.

He took these pictures and said: "Following in the resultant tailback at Llidiart y Parc the load was seen to be two blades as the lorries were held by the police to allow traffic west and east bound to pass via the layby.

"Blog readers might be interested that the pictures, taken from the top deck of the bus, show the remarkable size of the windmill blades which arrive by sea at Ellesmere Port as the nearest port to reduce the road transport journey to the windmill farm site."
Posted by llanblogger at 10:54 AM