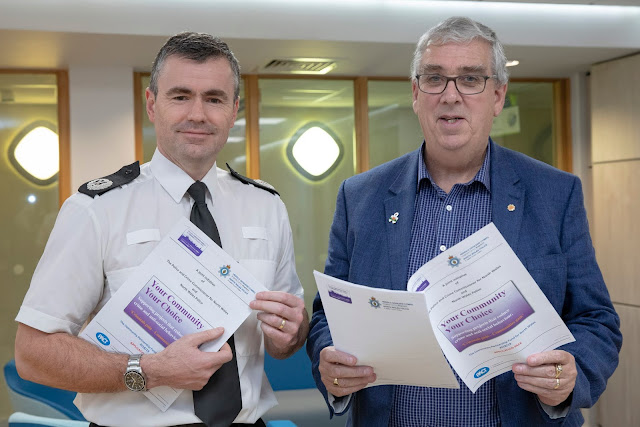 People across North Wales are being urged to vote for their favourite crime fighting schemes - using money seized from criminals.


The successful groups stand to win £2,500 each from a pot of money set up by North Wales Police and Crime Commissioner Arfon Jones.


There is a total of more than £60,000 up for grabs with two groups from each county set to be rewarded.


In addition, two groups that work in three or more counties will each receive a grant of £5,000  and, thanks to additional funding from the police and crime commissioner, there will be two new grants of £10,000.


The only condition is that the successful groups have to pledge to run projects to tackle anti-social behaviour and combat crime and disorder.


The Your Community, Your Choice’ scheme was launched by  Mr Jones and Assistant Chief Constable Neill Anderson  in partnership with the North Wales Police and Community Trust (PACT).


It is being jointly funded by money recovered through the Proceeds of Crime Act, using cash confiscated from offenders, and the Commissioner’s Fund.


A shortlist of applicants for the Your Community Your Choice cash has been chosen by a special panel and the public decide which groups to support with a vote via the websites of  North Wales Police and the commissioner, as well as a dedicated email address.  The voting is open until midnight on March 15.


Mr Jones said: "It's very appropriate that this scheme takes money away from the crooks and gives it to the people to improve the quality of life in their communities by helping them to combat crime and disorder or anti-social behaviour.


"The money is going  where it’s going to make a difference in reducing crime and in improving the quality of the communities which suffer the crime."


The message was reinforced by Assistant Chief Neill Anderson who said: "It is a very good thing for community groups to be able to access pots of money in order to be able to reduce crime and disorder within their communities and improve the quality of life for the community in their area.


"It sends a really positive message that money taken from the pockets of criminals is being recycled. This is turning bad money into good money that's being used for a constructive purpose.


"We really value our relationships with the public and we recognise that we can’t reduce crime and disorder on our own.  It’s a partnership and a joint effort with other agencies but absolutely crucial and critically is the public themselves.


"The public often are the ones who know what the things are that will work best in their area and for them to be able to bid into a pot of money is a really positive thing."


According to PACT project manager Dave Evans, it was also a very democratic process because the public will be able to decide who gets the money.


Mr Evans said: "One of the real pluses of the scheme is that ultimately it’s the public who has the voice and who will say which projects will go forward and are worthy of this important money.


"And very appropriately, one of the conditions is that the people who apply for this money have to be doing something that combats anti-social behaviour or addresses crime and disorder in some way.


"The aims Your Community, Your Choice scheme also coincide with the objectives of the Commissioner's Police and Crime Plan so it creates a virtuous circle."


For more information on how to vote ring 01745 588516 or go to www.northwales-pcc.gov.uk or www.north-wales.police.uk
Posted by llanblogger at 6:47 AM