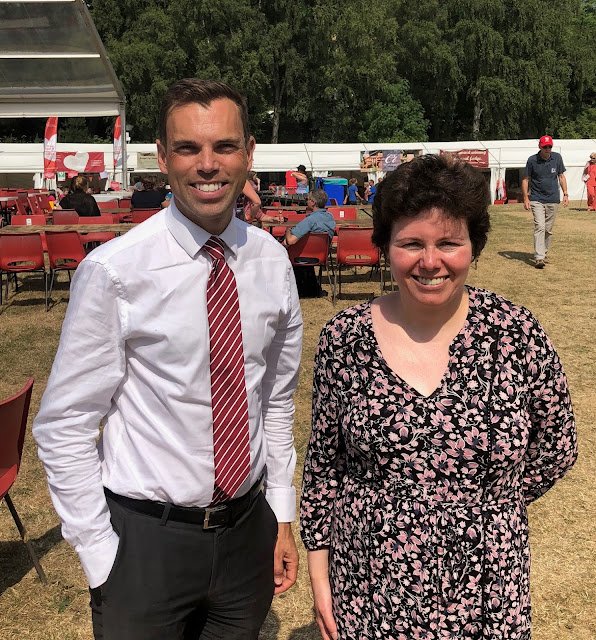 Llangollen International Musical Eisteddfod has received a £75,000 funding boost from the Welsh Government.

A letter to local Assembly Member Ken Skates from Eluned Morgan, Minister for International Relations and the Welsh Language, outlining the cash support says: “I am pleased to confirm that the Welsh Government will be providing a three-year funding package 2019-21 amounting to £75,000 to support the Llangollen International Musical Eisteddfod’s audience development project.


Around 35,000 visitors descended on Llangollen last summer and the festival is estimated to generate around £1.5m for the region’s economy each year.

Mr Skates said he was ‘thrilled’ that the Welsh Government is supporting the world-famous event to help it increase visitor numbers by 30% in the next few years.

He said: “Llangollen Eisteddfod brings tens of thousands of visitors to Clwyd South and provides a huge shot in the arm for the regional economy each summer, with people staying in local hotels and B&Bs, drinking in local pubs and eating out in our fantastic array of restaurants and cafés.

“It’s a huge event which promotes our wonderful part of the world on a global stage.

“This year’s festival is also expected to be one of the first major international events staged in Wales after Brexit, so I think its messages of hope and peace is even more important than usual. I’m thrilled and proud that the Welsh Labour Government is supporting it.”

Eisteddfod chairman Dr Rhys Davies said: “I would like to thank the Welsh Government for its support in these uncertain times and its recognition that the Eisteddfod is the premier international cultural festival in Wales, where we have the opportunity to promote Wales on the international stage which will be so important in the future.

“The investment will enable us to promote Llangollen further and attract new audiences and competitors and thus a greater number of visitors to Wales and help sustain the viability of the International Eisteddfod.”

Mr Skates said the Welsh Government is currently in the process of planning its corporate presence at this year’s event, which runs from July 1-7.

* For more information on the festival visit international-eisteddfod.co.uk.