The Swift way to an affordable hot hatchback 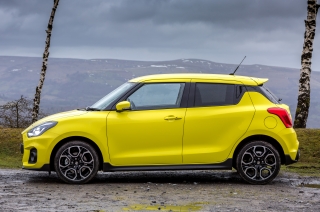 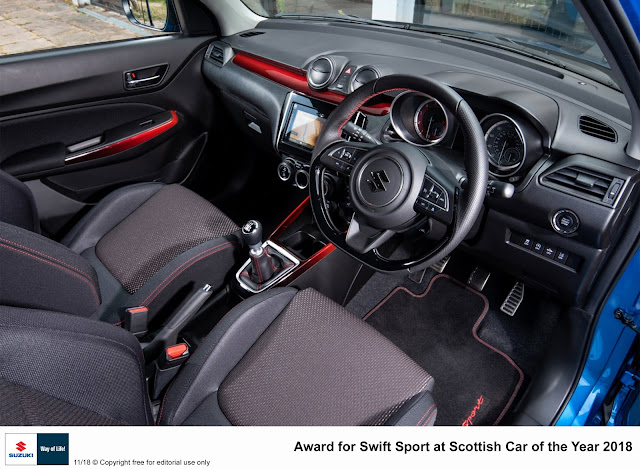 * Inside the Sport model.

Is it just me or is there a lack of small, affordable hot hatchbacks around?

What if I want to spend less than £20k? Let me point you in the direction of the Suzuki Swift Sport.

Not the first name to trip off the tongue may be, but definitely the most underrated.

In its own quiet way the Swift has been delighting its owners for more than a decade, while the Sport model has been perfect for speed lovers with a small bank account.

Not that the Sport has ever been red hot. The 1.6 litre 16-valver could only muster around 134bhp, not as much as a Peugeot 205 GTi or the 'once driven never forgotten' Renault Clio Williams of the early nineties, yet you will not find anyone complaining.

Now we have a new Swift Sport ... with a smaller engine. Come again, a smaller engine? Yes, but don't worry, it is quicker, cleaner, and does more to the gallon. The turbo charged 1.4 Boosterjet has been making a name for itself in the Vitara and now its cutting a dash in the Sport.

Output is still a modest 138bhp but there has been a sizeable increase in torque - 230Nm against 160Nm for the normally aspirated 1.6. Now response is rapid with a satisfying surge from 2500rpm, much earlier than before.

Some of this extra performance is down to a new platform which has allowed the Sport to shed 70kg but the real winner is handling. Although lighter the bodyshell is stiffer so the car never gets flustered even if the accelerator is stabbed mid bend. You can imagine the Sport saying 'bring it on'.

Nimble and very capable sums it up, an easy car to drive quickly through twists and turns.

So what has Suzuki done to justify a price hike to £18k. Basically it has loaded Swift Sport with a heap of new technology that includes a suite of safety features. Lane drift warning, radar cruise control, pedestrian detection, autonomous braking if you ignore the warning sounds of a vehicle a little too close for comfort make this the safest Swift ever built.

I would like to have seen an end to the hard plastic trim but what's there feels solid rather than cheap, and Sport benefits from subtle shiny red accent panels throughout the cabin. There is another red hot theme reminder with red piping on the seats and red lighting in the instrument binnacle.

The binnacle has an information panel well suited to performance anoraks with coloured graphics for turbo boost, engine output and torque data. There is other more meaningful stuff like what the car is doing to the gallon, average speed and a smart clock, but with all this technology there is no room for a digital speedometer.

Come on Suzuki, you must have enough brain power to sort that out, it is far more useful than being able to see how the turbo charger is performing!

Overall the equipment level is good with a 7inch touchscreen for navigation, DAB radio and all the Bluetooth connections. Auto dipping headlights is a great addition and there is a rear camera which had rather poor definition possible down to an intrusion from the rear spoiler.

Is there anything not to like about Swift Sport? Not really, the ride is a little harsh but no more than to be expected from hottish hatch, and there is above average road noise but who cares when you can have so much fun from an inexpensive, well appointed speedster which is bordering on brilliant.

Posted by llanblogger at 6:44 AM