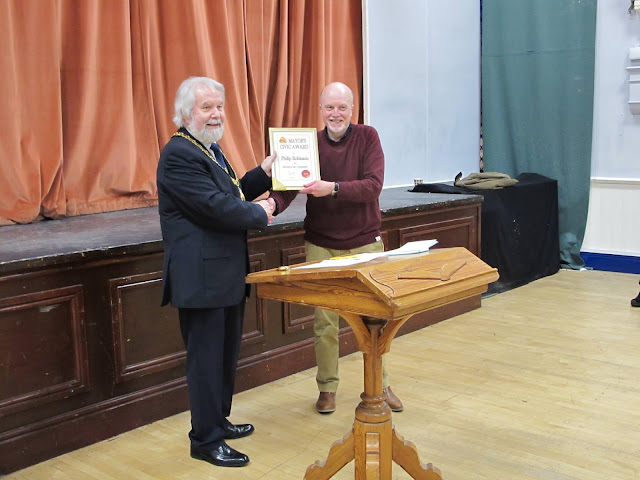 The man who runs llanblogger, Phil Robinson, was among five individuals and groups who were presented with Mayor's Civic Awards for their service to the community at the start of last night's annual Llangollen town meeting.

Journalist Phil, who started the online free-to-use news blog almost seven years ago, was honoured along with David "Dai" Thomas, who was recognised for his long service as local Royal British Legion Poppy Appeal co-ordinator and the voice behind the intonation of names of the fallen at the annual Remembrance Service, and Lesley Richards of Courtyard Books who helps out with a large number of voluntary groups and organisations.

Also receiving awards were the Tidy Town Team, whose band of dedicated volunteers keep the town looking clean and well presented, and the Christmas Festival Committee whose members organise and run the annual event which brings thousands flocking to the town. 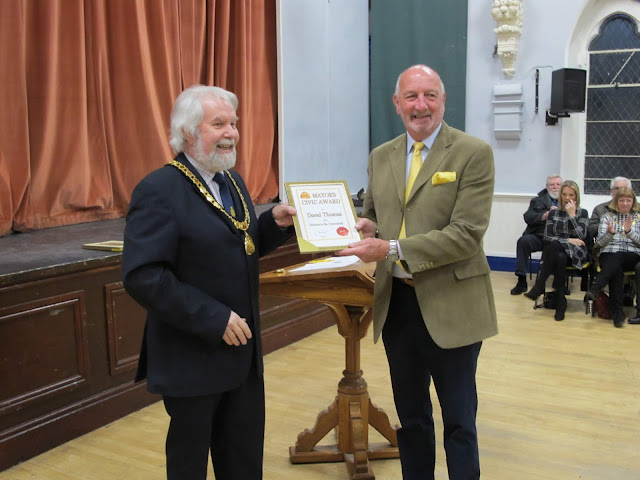 * Dai Thomas is presented with his award. 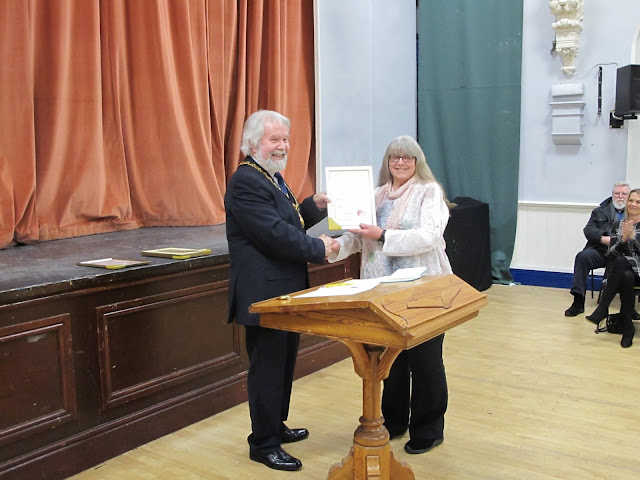 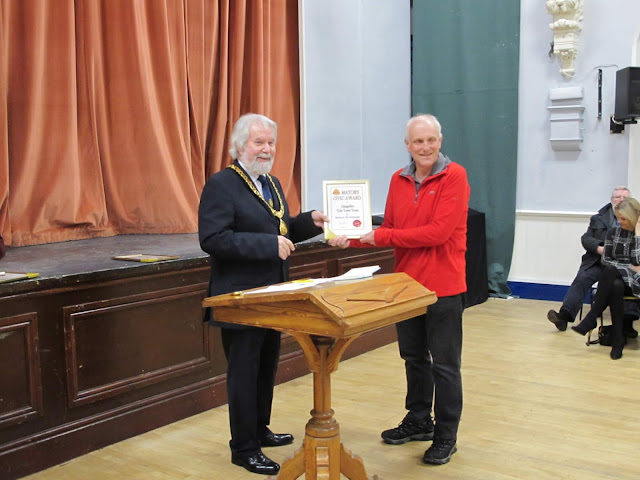 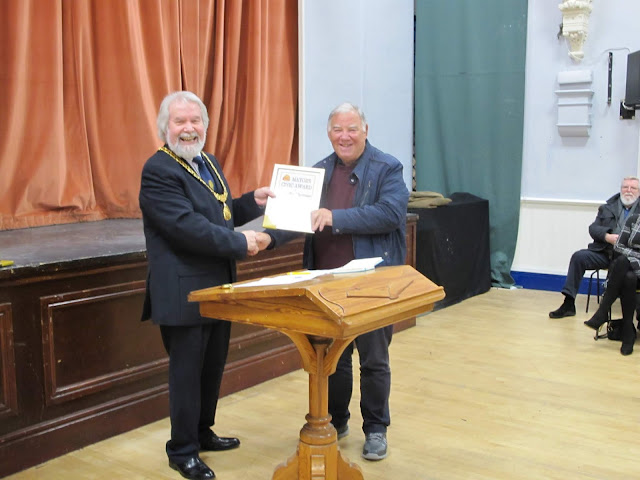 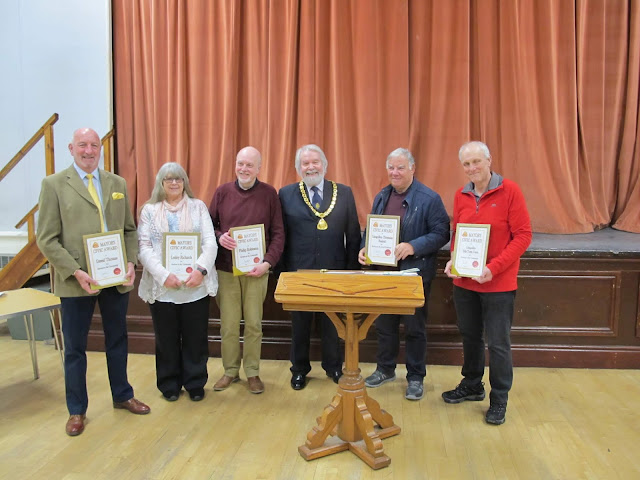 * All the award recipients line up with the mayor.
Posted by llanblogger at 7:47 AM