Hundreds of thousands of pounds and hundreds of acres of land could have been saved if the army had been called in to assist with a mountain fire, according to a county councillor.

Mabon ap Gwynfor, who represents the Llandrillo ward in the Dee Valley, said that the fire on Llantysilio Mountain near Llangollen last summer might have been put out sooner saving money, acres of mountain land, and freeing up firefighters to concentrate on other issues across north Wales.
The Plaid Cymru councillor (pictured) also said that more planning needed to be done to prepare for major weather-related events following evidence showing that there was no clear leadership nor lines of accountability during the first days of the fire on the mountain. 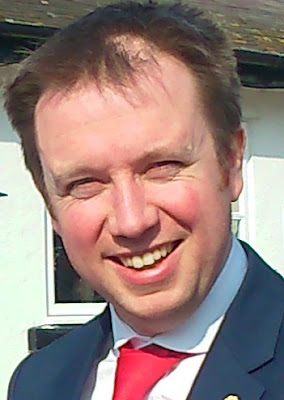 He said: “If you contrast the fire on Llantysilio Mountain with the one on Saddleworth Moor a month earlier, the army were called in by Greater Manchester Fire Authority within a few days of the Saddleworth Moor fire starting.
"One hundred army personnel were involved as well as their equipment, including helicopters. This helped ensure that fire went out in a matter of days. The army recouped £42,000 for their part in that incident.
“By contrast the fire on Llantysilio Mountain went on for two months, firefighters from every fire station in north Wales had to be brought in to fight the fire and it cost the Fire Authority in excess of £290,000.
“I appreciate that senior officers of the Fire Authority felt that at no point did they think that they could not deal with this fire, and there’s no doubting the commitment and dedication of the firefighters, but the fact remains that the fire went on for many, many weeks, leading to huge damage being done to a vast tract of land.
"Added to this, all of the fire stations across north Wales were involved in this fire at some point or another, meaning that these firefighters were not available in the case of any other instances. If the army had been called in then the fire might have been put out sooner, freeing up those firefighters and potentially saving some money at the same time.
“One of the key agencies involved should at least have raised the prospect of calling in the army to help tackle the fire. It’s certainly a lesson from this incident, and should be considered in the future.”
Cllr ap Gwynfor said that lessons should be learned from the fire.
“There are certainly lessons to be learned from the fire on Llantysilio mountain. The majority of my ward is made up of vast tracts of the Berwyn which could also have easily gone up in flames, and I must admit that I didn’t have much confidence that systems are in place to tackle such eventualities as I came away from the evidence gathering session in Llangollen [last Wednesday as reported in llanblogger].
“The firefighters and other agency workers worked tirelessly to tackle the fire and ensure that no life or property was threatened. But it was evident that there was no clear line of command and certainly no plans put in place in the event of such a catastrophe.
“I would hope that the key agencies will now come together and formulate a plan in preparation for such an eventuality, so that it’s clear from the word go what is expected of each agency and individual, and who takes the key decisions.”
Posted by llanblogger at 2:30 PM