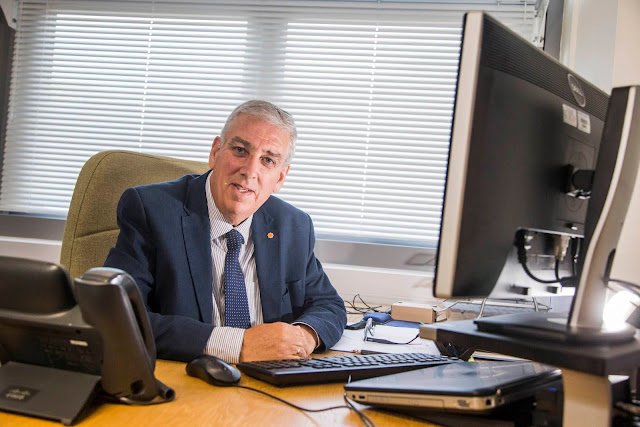 A police boss has written to the Attorney General expressing concern about “unduly lenient” sentences given to paedophiles after a man who hoarded 300,000 child abuse videos and pictures escaped jail.

North Wales Police and Crime Commissioner Arfon Jones says it was “particularly alarming” that only a quarter of the people sentenced for making, distributing or publishing child sex abuse images in 2017 were sent to prison.

In the letter, Mr Jones referred to the case of James Moran, from Prestatyn, who stored the vile images on his computer hard drive.
They included children aged from six months to 17 years, and were kept in hidden files with names such as "more work".
He had used specialist software to conduct internet searches for terms like "jail bait gallery".
He had made 18,186 images and 99 movies - 220 of them of the most serious type, Category A.
A further 293,800 images and films had been found but because of the sheer number of them they had not been categorised.
After pleading guilty at Mold Crown Court last November, Mr Moran was given a 14-month suspended sentence, 60 days’ rehabilitation and 200 hours of community service.
Mr Jones wrote: “This was the latest case in a series of cases whereby defendants who’ve committed offences in contravention of the Protection of Children Act 1978 are given what’s perceived by members of the public to be unduly lenient sentences.
“Given the seriousness of such offending behaviour, I agree that such sentences do appear lenient and I have real concerns about some of the sentences given to paedophiles.
“The fact that only a quarter of the 2,528 people sentenced for making, distributing or publishing child sex abuse images in 2017 were jailed is particularly alarming.
“Such offences are an abhorrence to our society and should be treated as so. The sentencing needs to be a deterrent. People need to realise that when they commit certain offences, the penalty will fit the crime.

“I fully understand that sentencing in respect of offences in contravention of the Protection of Children Act 1978 cannot currently be reviewed for being ‘unduly lenient’ since such offences aren’t included in the list of offences which can be reviewed.

“I further understand that you are considering adding further offences, including indecent images of children offences to the list of offences which can be reviewed under the unduly lenient process. I write this letter to express my support and would urge you, in the strongest possible terms, to include these offences in any such revised list.

“Anyone who has been found guilty has the right to appeal against the severity of their sentence. In a civilised society, that is right and there is a procedure for it.

“However, the procedure for victims to appeal against the undue leniency of a sentence is incredibly perverse. The guidance is extremely ambiguous: “Only certain types of case can be reviewed, including…murder…rape…robbery…some child sex crimes and child cruelty…some serious fraud…some serious drug crimes…some terror-related offences”.

This ambiguity makes it hugely testing for the public which I represent to comprehend what can and cannot be appealed against.

“It is fundamentally unfair that victims do not have the same rights as the perpetrators.
“I understand that it is impossible to hand out custodial sentences for every crime and indeed it would be unjust to do so.

“However, I also understand that the punishment must fit the crime and there are an increasing number of indecent images offences that are not punished accordingly.”
Posted by llanblogger at 6:46 AM